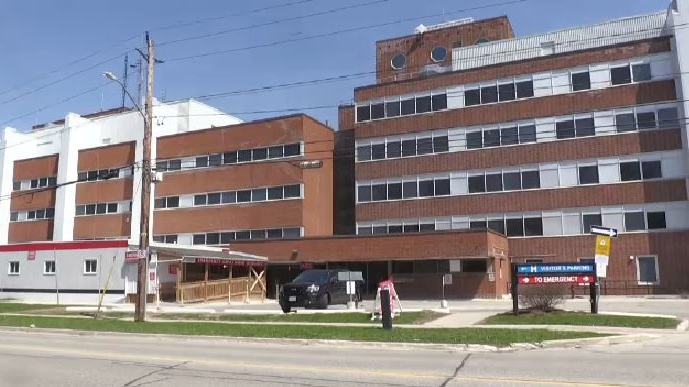 Guelph police have charged a man they say stole a taxi and went airborne as he crashed it into a hydro pole.

Emergency crews were called to the crash around 8:30 p.m. Friday, Sept. 23 at Guelph General Hospital.

Police say a taxi driver picked up a passenger at the hospital. The man allegedly got in the front and demanded to be taken to an address.

Police say, when the cabbie refused and got out to try to get help from hospital security, the man climbed into the driver's seat.

The passenger in the back seat got out before the man accelerated quickly, sideswiped another vehicle, hit a curb, and went airborne before hitting a hydro pole, according to officials.

Both vehicles were significantly damaged and the driver sustained minor injuries.

A 29-year-old Guelph man has been charged with theft of a motor vehicle, dangerous operation, and impaired operation. His licence was suspended for 90 days.

List of areas the Alberta government accuses Ottawa of overreaching

When the Alberta legislature resumed sitting Tuesday, the first bill introduced by the United Conservative Party government was one aimed at shielding the province from federal laws it deems harmful to its interests.

Prince William's office said 'racism has no place in our society' as he sought to prevent the backlash over his godmother's treatment of a Black advocate for survivors of domestic abuse from overshadowing his trip to the United States.

The Canadian men’s national team finishes its World Cup campaign without a point after a 2-1 defeat to Morocco. Canada had its chances but came up short. Re-live all that happened with CTVNews.ca's updates as the match unfolded.

As of today Canadians can apply for new dental benefit: here's how

The RCMP said investigators are searching a home in Vaudreuil-Dorion, a suburb west of Montreal, as part of a 'national security' operation. The national police force began its operation Wednesday night. Police at the scene would not say what led them to the house on Aquin Avenue, in Quebec's Monteregie region.

Footage of an upcoming documentary about Harry and Meghan released Thursday shows the couple is once again prepared to tackle their rift with the Royal Family head on and in their own words.

At first glance, it might seem like the deals have never been better as posters in store windows and online ads trumpet a steady stream of holiday sales. But some consumers say the discounts are more hype than real.