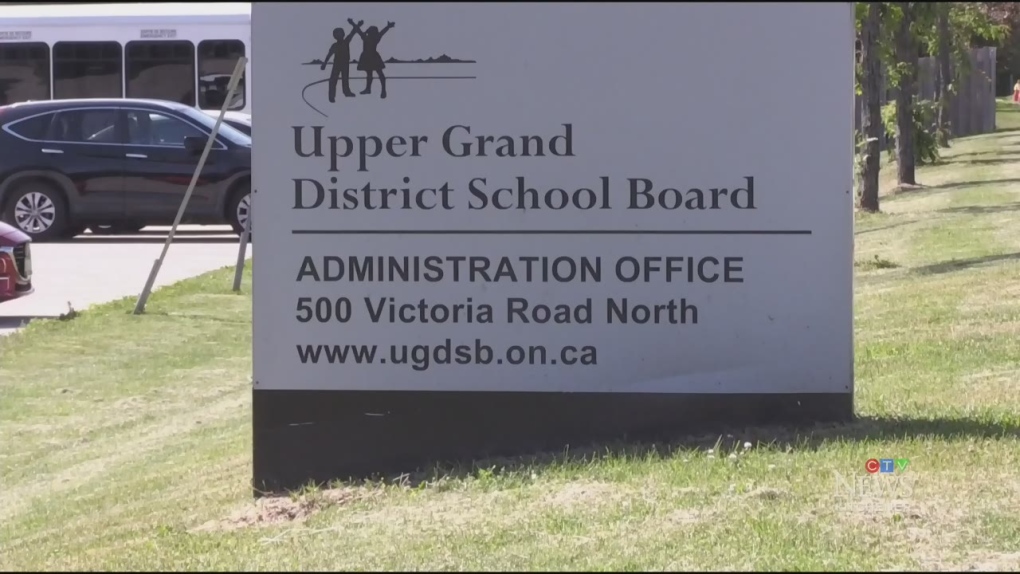 KITCHENER -- Trustees took part in a lengthy discussion on Tuesday evening over the future of police officers within schools in the Upper Grand District School Board.

A task force recommends the board not only discontinue its school resource officer program but also take more steps, including vetting any presentations made by police to students.

The task force found an overwhelming majority of students had no interactions or no concerns with resource officers. However, students identifying as LGBTQ2S+ or BIPOC were more likely to have a negative interaction.

It recommends the board scrap the program and vet any presentations police make to students, as feeling the presence of resource officers may be sending the wrong message to some.

"It is evident from the research that from the police perspective that the program is meant to build community and humanize the police for youth. It is clear however that the negative impacts of police in schools is disproportionately felt by racialized and marginalized communities," said Joy Sammy, a workplace equity and inclusion manager for the board.

Ultimately, the board decided to defer a vote on this until April to give the community another chance to weigh in.

Waterloo region's public school board was among those to pause its resource officer program last year over community concerns.