KITCHENER -- This is part one in a three-part series on mental health for #BellLetsTalk day.

Shaelyn Heise knows what it’s like to live with depression—she's been living with it since she was a child. Up until a few years ago, she says talking about it made her feel uncomfortable.

"There was such a large stigma around those people that suffered with that kind of illness," she said.

Heise, 23, was diagnosed with anxiety when she was seven and lived with depression and PTSD as an adolescent and teenager.

A tattoo on her arm serves as a reminder of her first and only suicide attempt in 2013. 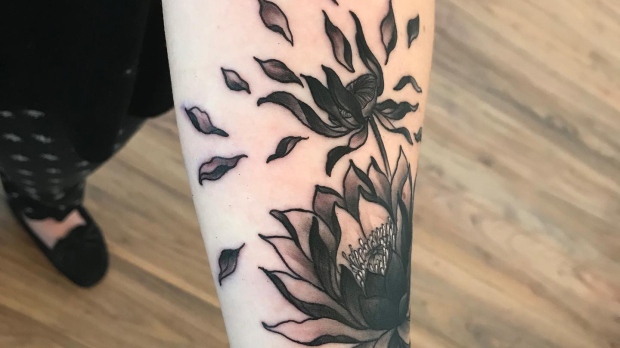 This tattoo serves Shaelyn Heise as a reminder of a suicide attempt.

Heise said she was able to treat her illness with the help of psychiatrists, counsellors and group therapies.

"If resources like the Skills for Safer Living Program did not exist, I, as well as many other youth would not be where we are today."

Heise created Tee Up for Mental Health with friend Robin Young, 24, who also lives with depression and anxiety, as a way of giving back.

"I just found there wasn’t a lot of support out there," said Young.

"And when we started to hear there were kids even younger than us dealing with that, it really touched me, and that’s why we wanted to donate the money."

Tee Up for Mental Health, an annual indoor golf tournament, has helped raise about $18,000 for the Skills for Safer Living Program, a suicide-intervention support group provided through CMHA Waterloo-Wellington.

For Heise and Young, the tournament is one way to give back.

"I just found that once I recovered and in a comfortable space, I wanted to be that voice that started breaking that stigma," said Heise. 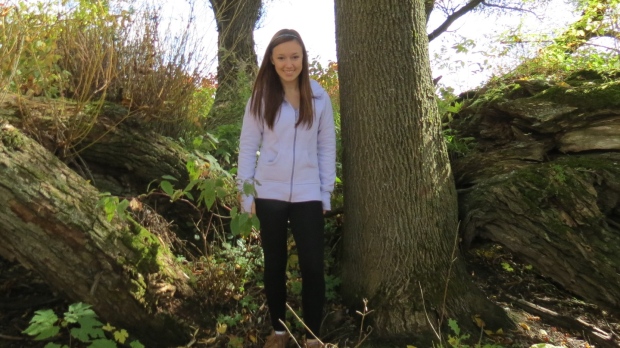 A photo of Heise when she was younger.

This year’s event will be held on Saturday February 29 at Golfplay in Kitchener.

"It’s a very serious topic for which we try to raise awareness, obviously, but we try to make it a fun environment," said Heise. "We have lots of different contests going on, music playing."

The friends are taking a swing at supporting the local program and ending the stigma.

"That’s a huge part of why we do it, is raising awareness," said Young.

"Telling people that you can reach out and you aren’t alone. There are other people just like you."