Waterloo Regional Police officers could be seen with their guns drawn outside a Kitchener home around 10 a.m. Wednesday.

The police presence was focused around the home on Guelph Street. 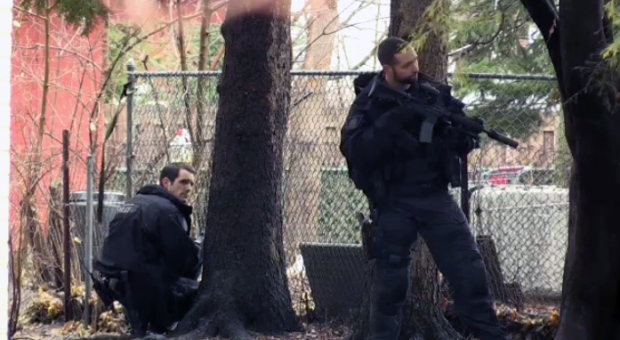 Neighbours said they heard screams coming from the area around 9:30 a.m.

Police held the scene to make sure nobody else was inside.

They are asking the public to avoid they area while they investigate.

Police provided no information regarding the person they arrested.