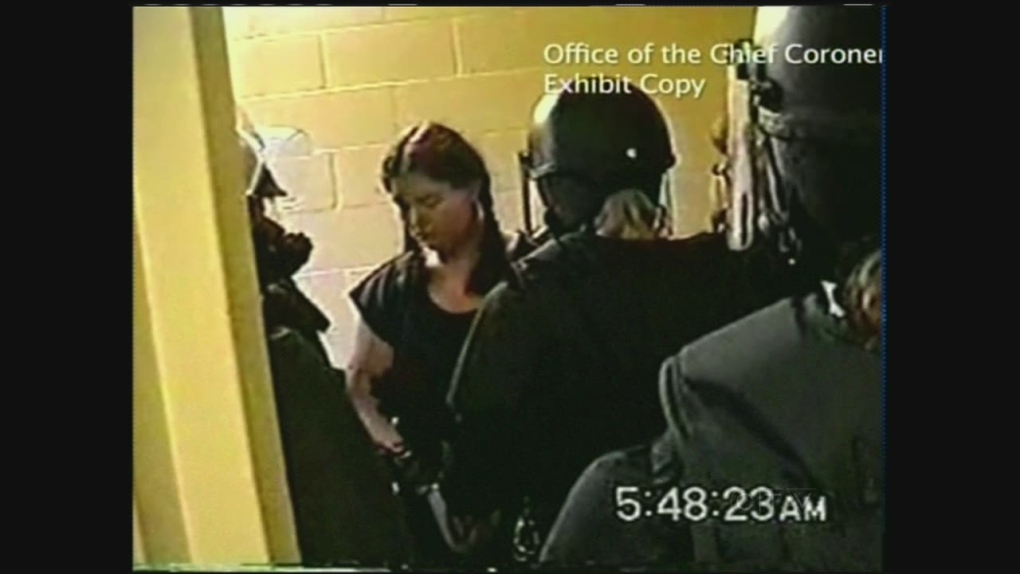 Ashley Smith is seen in one of the videos recorded by prison employees.