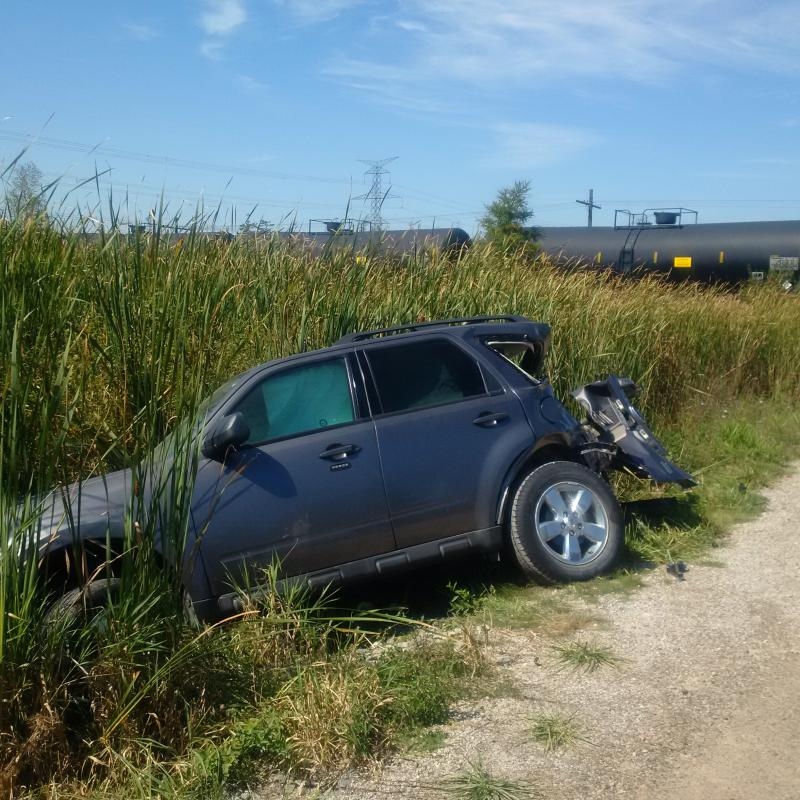 The aftermath of a collision between a train and an SUV in Puslinch Township is shown in this photo provided by Wellington County OPP.

One woman was taken to hospital after her SUV was hit by a train south of Guelph on Wednesday.

The collision occurred at 11:40 a.m. on Concession 7 in Puslinch Township.

According to Wellington County OPP, the woman was the only person in the SUV at the time.

She was taken to hospital to be treated for minor injuries, while the train was allowed to continue on its way.

A photo provided by police showed the SUV with significant damage to its rear.