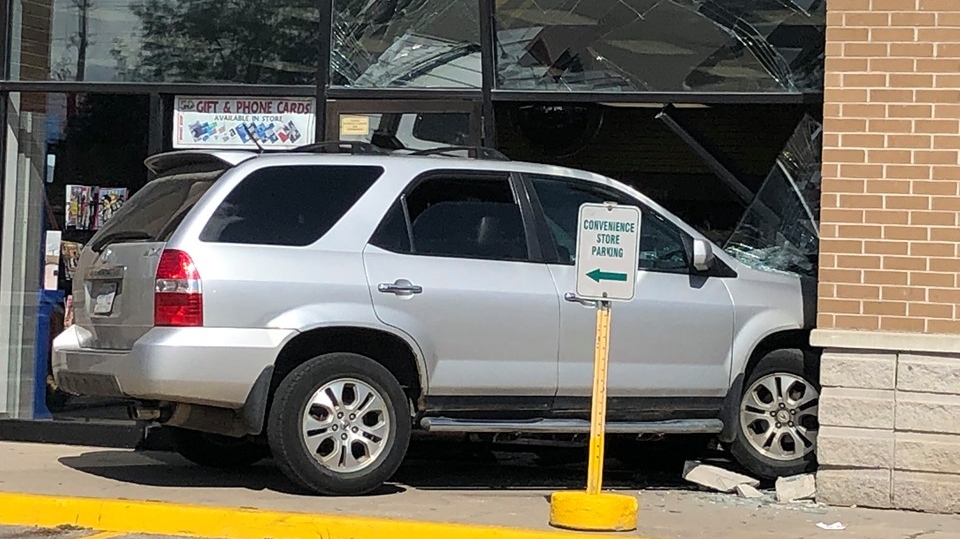 A vehicle after it crashed into a Little Short Stop store in Guelph. (Source: Gaynor Fletcher / Facebook)

Shoppers at a Guelph store had a scare after a car went through the window of the establishment on Wednesday morning.

It happened at around 9:30 a.m. at the Little Short Stop on Willow and Dawson roads.

While there was substantial damage to the front of the building, there were no reported injuries.

"A couple of years before, the same thing: one car comes and hits it on this side also," says Rupinder Mangat, who owns a nearby store.

The store was able to stay open during cleanup thanks to the fact that it has two entrances.

It's not yet known what caused the crash or whether any charges are expected.

There's no word on a damage estimate.