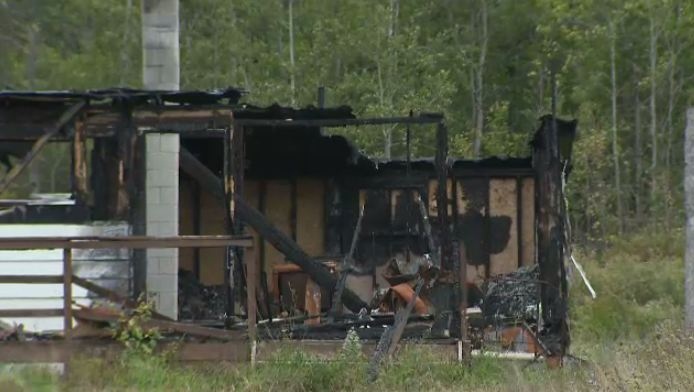 Damage from a fire at a Six Nations home on Saturday October 3, 2015.

Six Nations firefighters were called to a car fire in a laneway on Seneca Road around 3:30 a.m. Saturday.

The flames then spread to a home being used for storage.

The fire was put out and no one was hurt, but firefighters consider the blaze to be suspicious.

There have been at least 11 suspicious fires in Six Nations this year.

On Saturday the fire chief planned to meet with investigators from the Ontario Fire Marshal’s Office to try and figure out what the next step should be.

They are concerned that if the pattern continues a person or firefighter could be hurt.

The fire chief is asking anyone with information to contact the Six Nations fire department or police.