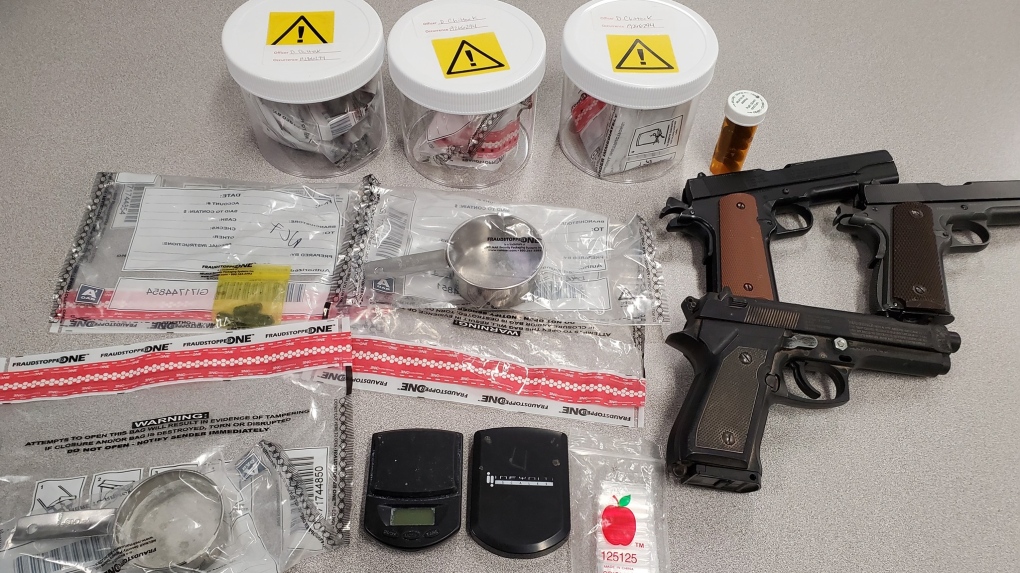 KITCHENER – Four people have been charged after a drug bust in a Cambridge neighbourhood.

Several police vans were on scene for much of the afternoon.

At a house on Ferguson, police seized what they suspected was fentanyl and methamphetamine.

Two men and two women, all from Cambridge, have been charged in connection to the incident.