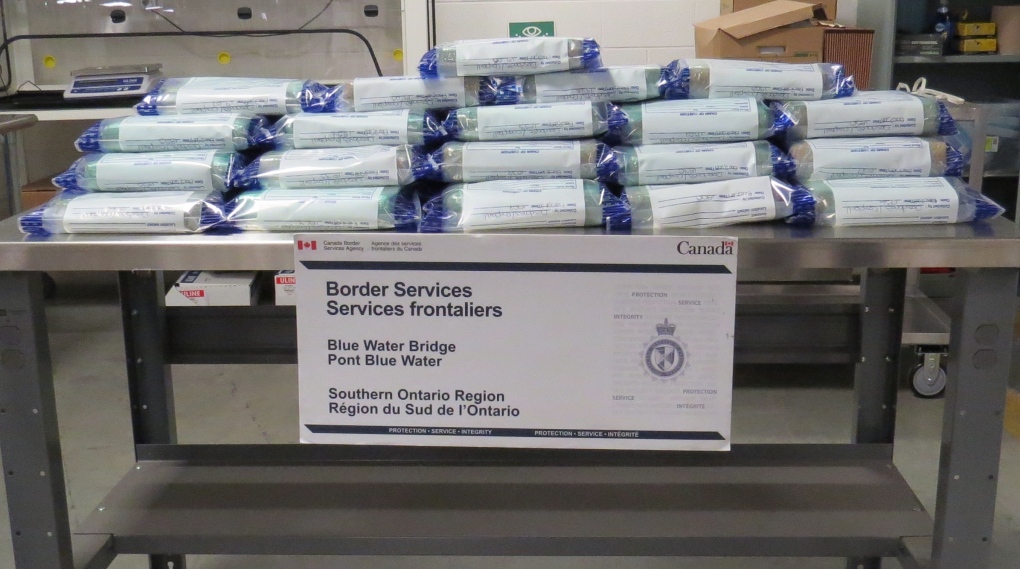 A Quebec man has been charged following the seizure of suspected cocaine in a transport truck at the international border near Sarnia.

The RCMP and Canada Border Services say 50 bricks of suspected cocaine were seized at the Blue Water Bridge in Point Edward on December 2, after a man driving a tractor trailer was pulled aside for a secondary inspection.

A search of the truck revealed the 50 bricks inside the cab.

55 year old Daniel Leduc of St-Jean-Sur-Richelieu, Quebec is charged with importing a controlled substance, and possession for the purpose of trafficking.

He’s scheduled for a court appearance on Monday in Sarnia.

The investigation is continuing and is being led by the London RCMP Border Integrity Team.