Suspect wanted after bank defrauded out of $40,000 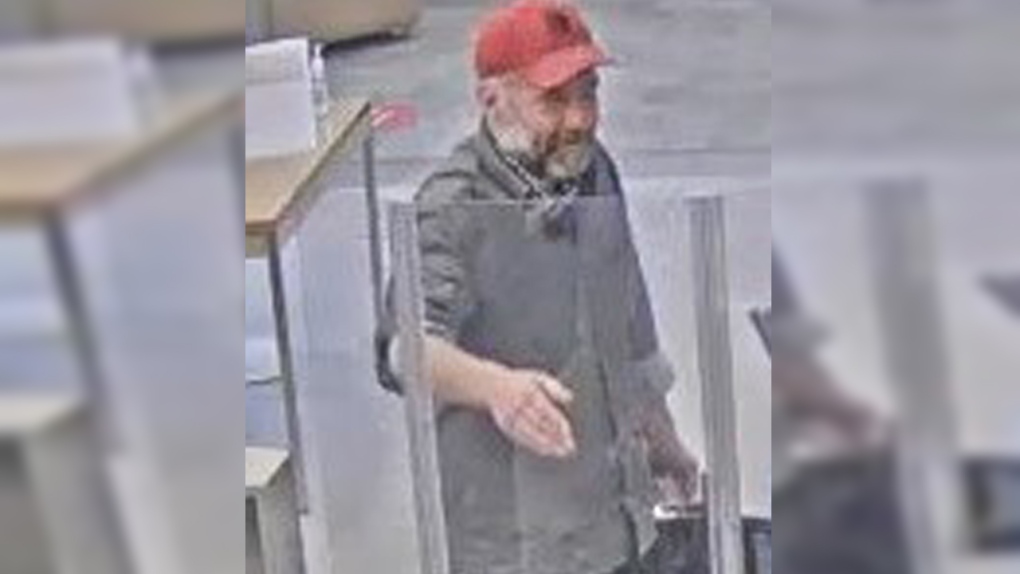 A suspect wanted after a bank was defrauded out of about $40,000 in a case of identity theft. (Source: Perth County OPP)

KITCHENER -- A case of stolen identity led to a bank in North Perth being scammed out of tens of thousands of dollars.

Perth County Ontario Provincial Police say that on May 21 at around 11 a.m., the suspect entered the bank and provided identification.

According to a news release, the suspect carried out some banking transactions worth an estimated $40,000.

It was later discovered that the accused had stolen someone's identity and that the transactions were fraudulent.

Officials are looking to identify the man captured on security footage.

He's described as being about 50 years old with black and grey hair. Police say he was dressed casually at the time.

Anyone with information is asked to contact police. If you'd like to remain anonymous, you can call Crime Stoppers instead at 1-800-222-8477.