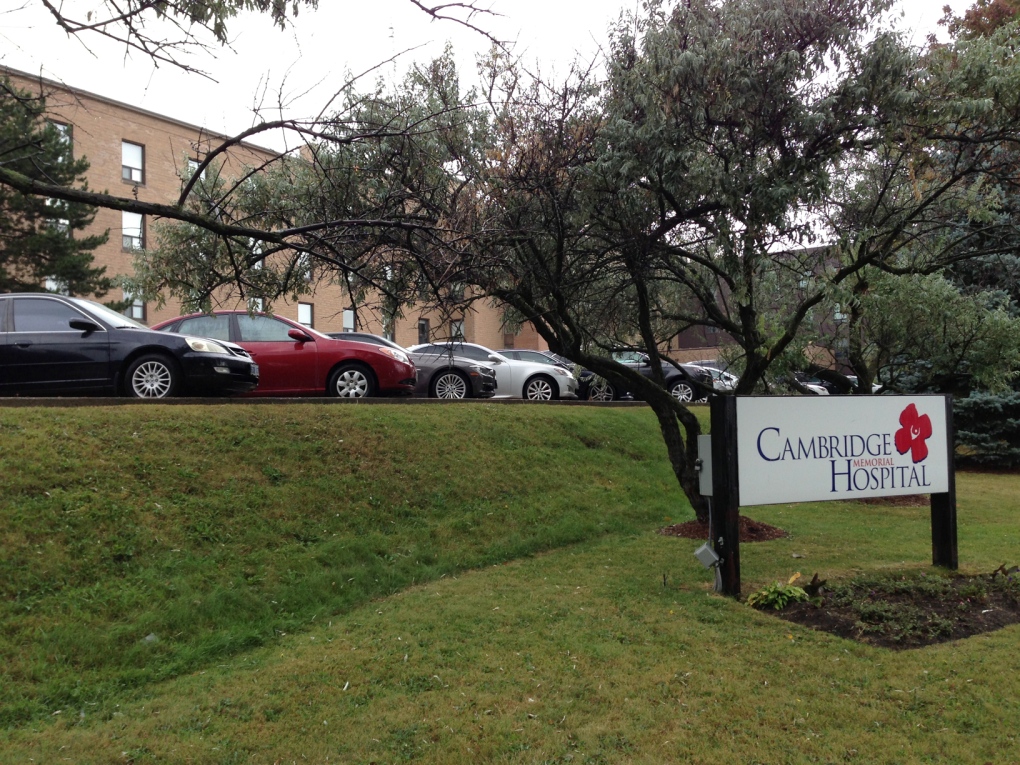 “We had to cancel some surgeries to create space for patients,” said CMH communications manager Stephan Beckhoff on Wednesday morning.

CMH confirmed a total of eight surgeries have been cancelled over the last two days, with six cancelled on Wednesday and two on Tuesday.

The hospital confirmed the cancelled surgeries were not cancer-related.

The hospital is now asking non-urgent patients to look elsewhere for treatment while they deal with a high call volume and low staff numbers.

The emergency room filled up over the weekend as a higher than usual number of patients were admitted.

On Tuesday morning, the hospital was holding 22 patients.

That's the highest number ever waiting in the ER at CMH, which prompted the notice from the hospital asking the public to look for another care option if possible.

“We knew that we were going to be gridlocked, and to let them know that if they were not urgent … to explore some other options,” said Pearsall.

The issues are not limited to the emergency room.

“We did cancel surgeries, just so you are aware, we cancelled two yesterday and we cancelled 6 more today,” said Pearsall. “Which is really hard. These are patients that have been waiting a long time for this type of surgery. We have patients who planned their life around this surgery, so it’s our last resort, but we needed that bed capacity.”

“It’s hard, in healthcare we are here because we want to be part of a caring environment, and when you feel that every day, you can’t provide the care you want to provide,” said Pearsall. “It’s disheartening.”

Beckhoff confirmed to CTV News Kitchener some patients waited upwards of 13 hours Tuesday to receive treatment, depending on the severity of their case.

The hospital further confirmed it had 47 staff off work due to illness on Tuesday with 20 of those absences related to COVID-19.

The hospital currently has 174 job vacancies.

A number of hopsitals have seen closures recently.

LIVE | Following live: Quebec Election 2022 coverage and live results as they come in

After 36 days, the Quebec election campaign is now over and voters are heading to the polls Monday to choose the next provincial government. Follow along as CTV Montreal provides coverage of election day and the results when they come in.

Appearing before the House of Commons Finance Committee on Monday, Deputy Prime Minister and Finance Minister Chrystia Freeland defended the government's response to Canadians' affordability concerns as 'focused' and fiscally responsible. With the passage of the GST rebate-boosting bill through the House all but a foregone conclusion, Freeland was peppered with questions from opposition MPs on a range of topics, including inflation.

Sport Minister Pascale St-Onge is once again calling for change in Hockey Canada's leadership in the wake of new allegations against the troubled sporting body.

A new project called '4000 Cover Stories' is re-imagining the stories of missing and murdered Indigenous women and girls in Canada with the front-page prominence their families feel they deserve, with advocates planning to deliver the massive newspaper to the prime minister.

Ukraine claws back more territory Russia is trying to absorb

Ukrainian troops pushed forward Monday with their offensive that has embarrassed Moscow, with Kyiv officials and foreign observers hinting at new gains in the strategic southern region of Kherson that the Kremlin wants to annex.

Canadian Prime Minister Justin Trudeau took a plunge this weekend when he decided to throw caution to the wind and go bungee jumping just outside of the Ottawa area on Sunday.

RCMP seeing 'significant increase' in fraudulent activity in Canada since 2020

Citing a 'significant increase' in fraudulent activity in Canada in the last two years— the majority of which in the last year has been happening online—the RCMP is calling on Canadians to be aware of scammers' tactics.