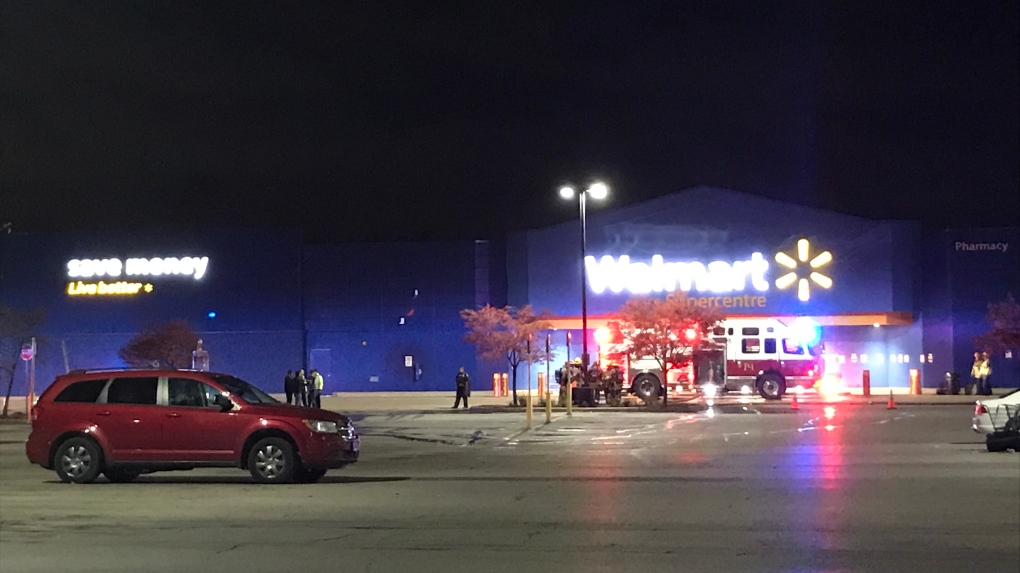 Crews respond to a fire call at the Walmart in Sunrise Centre on Oct. 20, 2020 (Johnny Mazza / CTV News Kitchener)

KITCHENER -- Part of Sunrise Centre was evacuated on Tuesday night due to a fire call at the Walmart.

Employees at the store told CTV News they saw toilet paper on fire inside the Walmart before they were told to go outside.

Waterloo regional police said they were called to the scene and said Walmart was the only store that needed to be evacuated.

There were no roads closed as a result of the incident.

This is a developing news story. More information will be added once it becomes available.