The City of Stratford is urging residents and visitors not to feed local waterfowl including geese, ducks and swans after one its swans died of avian influenza.

In a media release, the city said it lost one of its young swans earlier this month. Testing has now confirmed that it died of avian influenza.

Several wild turkey vultures along the Avon River in Stratford, as well as a bald eagle in nearby St. Marys have also died recently as a result of the virus, the city said.

“Hand feeding encourages birds to congregate around food sources, and can increase the probability of transmission of the Avian Influenza virus, also known as the ‘bird flu,’” the city said.

The swans have been a fixture in Stratford since 1918 and are most famous for their annual spring parade, which traditionally draws large crowds.

The city also provided this list of signs of avian flu in birds “people should look out for”: 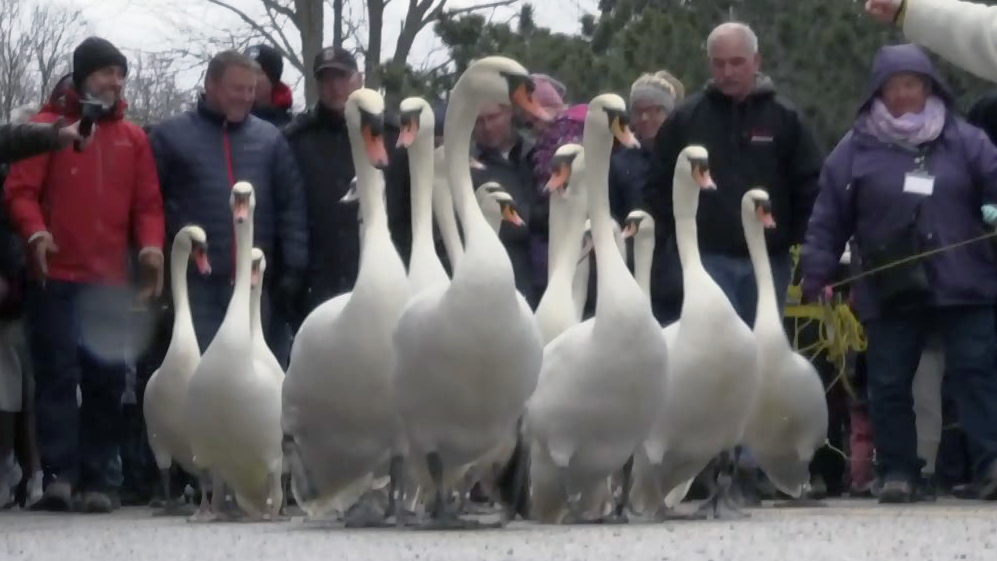 Twenty-one swans make their way toward the Avon River during the Stratford Swan Parade on Sunday, April 8, 2018.

Anyone who finds a dead, injured or sick swan in the parks system is asked to call the City of Stratford’s Parks, Forestry and Cemetery Manager at 519-271-0250 extension 246.

If a sick or dead wild bird is found on private property, it should be immediately reported to the Ontario regional centre of the Canadian Wildlife Health Cooperative at (866) 673-4781, or online.

The city noted there is a very small risk of transmission from birds to animals, but people should not touch dead, injured or sick birds.

Leading economic powers conferred by video link with Ukrainian President Volodymyr Zelenskyy on Monday as they underscored their commitment to Ukraine for the long haul with plans to pursue a price cap on Russian oil, raise tariffs on Russian goods and impose other new sanctions.

After years of playoff disappointments, the Colorado Avalanche are back atop hockey's mountain with a 2-1 Game 6 win against the two-time defending Stanley Cup champions Tampa Bay Lightning.