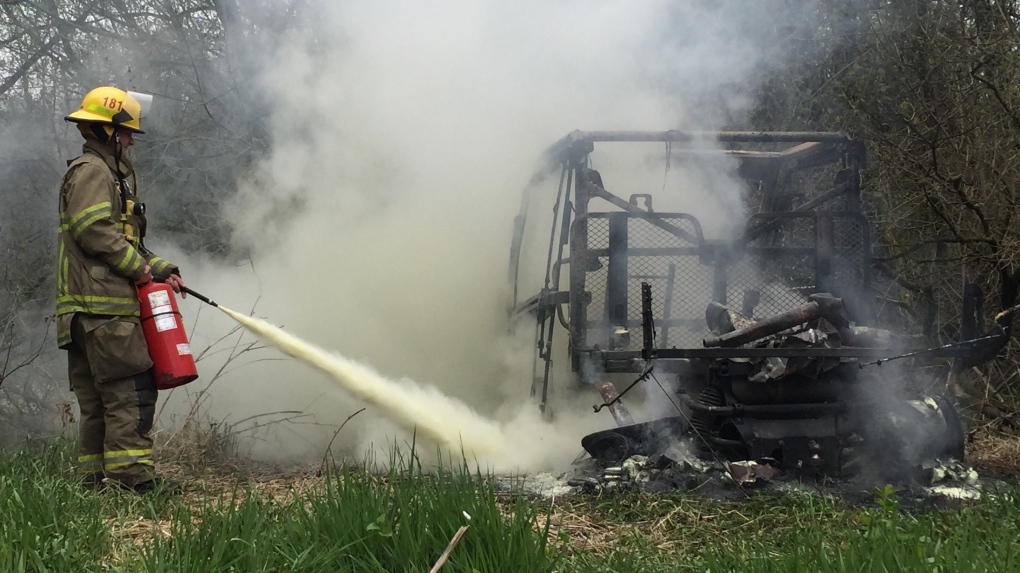 A stolen utility vehicle was burned out near the Bridgeport Sportsfield on Monday. (Dan Lauckner / CTV Kitchener)

A stolen utility vehicle caught fire after it was driven alongside the Grand River near a Waterloo sports field.

Firefighters responded to the Bridgeport Sportsfield around 2:30 p.m. on Monday for reports of a side-by-side off-road vehicle on fire.

They had to carry fire extinguishers about 300 metres into a wooded area to put out the fire.

It’s not clear how the vehicle, which firefighters believe was a Can-Am Defender, caught fire.

The vehicle, which is valued at over $12,000 new, was completely destroyed.

No injuries have been reported and there was no driver on scene when emergency crews arrived.

Police are investigating the incident and while details are few, they did confirm that the vehicle had been stolen.