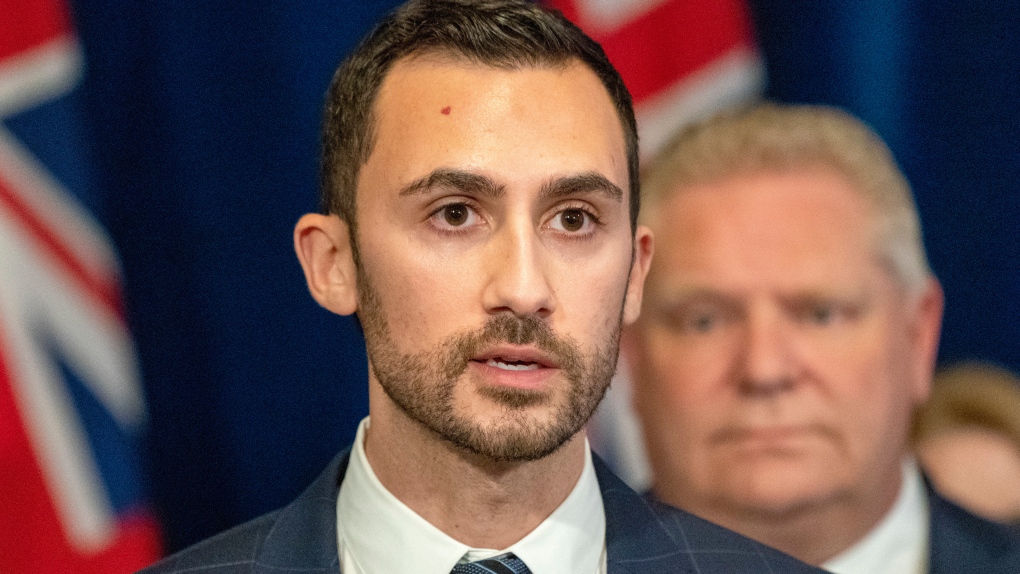 As the province announces new funding and updated anti-bullying protocols, the Ontario Minister of Education addressed allegations against a teacher at a Kitchener school.

On Thursday, Stephen Lecce responded to concerns from Alpine Public School parents about the lack of communication after the incident and what comes next.

"I expect school boards and communities to immediately act with information that is known and get it to parents. They need to know," he said. "They can't be last to know. They need to be first to know in these situations when we're dealing with the safety of children."

A teacher at Alpine Public School was charged with two counts of assault on Nov. 4 for allegedly taping two students in the classroom.

Police said their investigation began on Oct. 22 after receiving a report from Family and Children’s Services of Waterloo Region.

Last week, Waterloo Region District School Board heard concerns from parents and the Coalition of Muslim Women regarding how the situation at Alpine Public School was being handled.

This response comes on the same day Lecce and the province announced new funding to combat bullying and discrimination against students with disabilities, as well as unveil a new plan to counter bullying in-class and online.

The province said there are now specific references regarding religiously motivated discrimination, such as antisemitism and Islamophobia, along with discrimination based on sexual orientation and racism, in the updated policy that all Ontario school boards will have to have in place.

The government also announced they'll be providing $70,000 for the Learning Disabilities Association of Ontario to help build safer and more inclusive classrooms for students with special education needs. As well, $47,000 will be provided to the Rick Hansen Foundation to create inclusion and disability-based bullying resources.

Lecce tells CTV News the new policies and procedures includes a clearer path for parents and students to report bullying, including a process if they aren't satisfied with the school's response.

"It's for any parent that is facing this challenge for their child to engage their school board and ensure there's the accountability you deserve," he said. "It's why we've today increased the investment to work with more partners to do better training of our staff in schools. It's also why we're providing and setting the expectation of a protocol and actual guidance related to anti bullying and cyber bullying."