A man whose car left a road northwest of Waterloo and rolled over multiple times was able to escape the ordeal unhurt.

Michael Gray was the driver of the car.

He says the crash occurred as he was trying to avoid an oncoming truck that was straddling the centre line of the road.

“I swerved a little bit to get out of the way (and) a tire popped,” he says.

“My back end started swinging into the guardrail, so I jerked the wheel a little bit.”

After that, he says, his car spun around 180 degrees, left the roadway, hit a guardrail, and did “two and a half rolls and one flip” before coming to land right-side up. 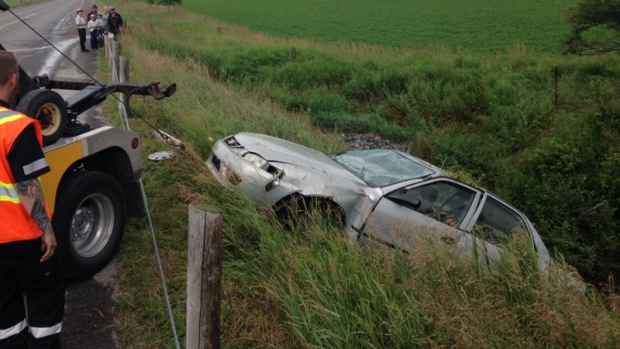 Gray was not injured in the crash.

His car was pulled out of the ditch and taken away by a tow truck.