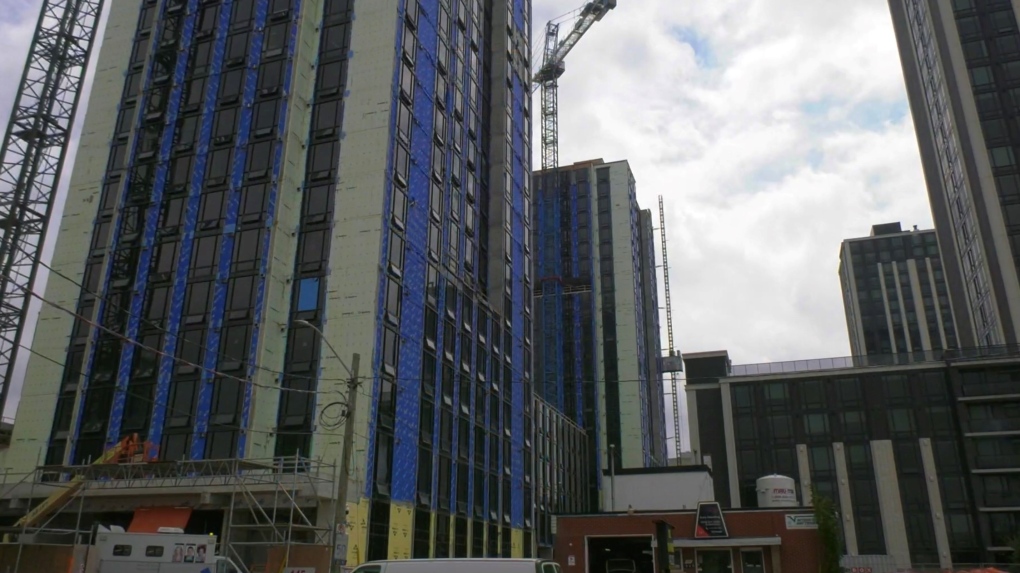 Editor’s note: This story has been updated to correct erroneous information provided by the City of Waterloo. The city’s occupancy tracker previously said a Columbia Street development was not on track. That building is, in fact, on track to open Jan. 1, 2023.

Student housing is hard to come by in Waterloo, and new spots are constantly being built to address the need.

The City of Waterloo monitors the occupancy status of new student buildings. As of Aug. 31, all four upcoming developments on its tracker are shown as “on track.” The new buildings will offer a combined 511 units by mid September.

The City of Waterloo noticed that several student buildings each year were not ready in time for the original date developers promised students. So that’s why the city created the occupancy tracker.

“They just weren't finished on September 1, and they weren't able to turn over keys to folks that were really expecting a place to live when they came to school,” said Jeff Henry, Waterloo councillor for Ward 6.

New off-campus buildings have been shooting up, but the efforts to try and meet some of the demand haven’t always gone as planned.

“I remember a few years back, Icon ran into a little bit of an issue by sending tenants down to hotels because they couldn't get their building done in time,” one student recalled.

It’s cases like that where the city says the tracker comes in handy so families can keep a close eye on a building’s progress.

“Just how ready they're likely to be and how far along the process that they are,” explained Henry.

But that worry is only adding to the already difficult task of trying to find a place to stay near Waterloo’s university district.

“It’s completely impossible. I’ve been looking for months on Facebook Marketplace,” one student told CTV News. “I’ve noticed the competition is really high, and the prices are way higher than they were in the past,” another student said.

Many students at this point say things should be looking up. But when they look up, all they see is unfinished business.

“There are some buildings, like even walking past right now, there’s no way they’ll be ready for September,” one student said. “I’ve had a few friends going to do a few open houses at places, and it’s ended up just being a construction site,” said another student.