Some communities have had 30 cm of snow already, but another 20 to 30 cm could be on the way 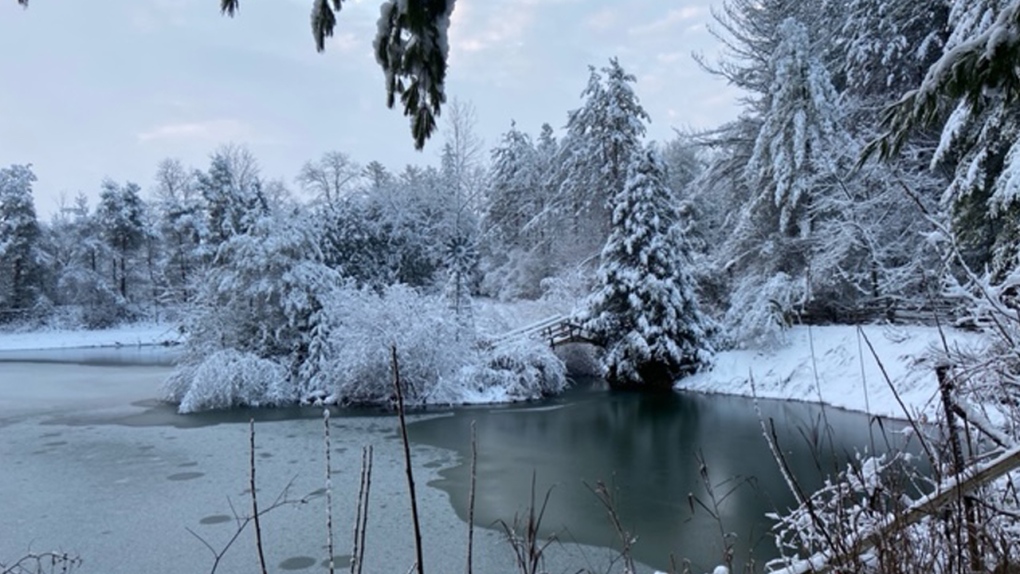 KITCHENER -- Rain transitioned to snow in southwestern Ontario Monday, when the snow continued to build up.

As of Tuesday morning, Kitchener-Waterloo had reported 10 cm of snow, Stratford roughly 15 cm and Woodstock 13 cm of snow. Guelph recorded 8 cm, while there was 15 cm in north London and 5 cm of snow in the City of Toronto. Most of those places have had their totals continue to climb.

Areas to the north of Waterloo Region had higher accumulations, especially in communities where snowfall warnings and winter storm warnings remain in place.

There were reports of 27 cm of snow in Flesherton, 22 cm in Markdale and 20 cm in Owen Sound.

Those totals are as of Tuesday morning as well and will continue to increase as snow continues to fall through early Wednesday.

Much of southern Ontario continues to be under a special weather statement, including the Region of Waterloo and Wellington County, as an additional 5 to 15 cm of snow is possible through Wednesday morning.

Those stayed in effect as an additional 15 to 30 cm of snow was expected by Wednesday morning.

Blowing snow is also a risk, as northwest winds gust up to 70 km/h in communities closer to Lake Huron and Georgian Bay.

Northern Grey County remains under a winter storm warning, with additional snowfall amounts of 20 to 30 cm are possible by Wednesday morning, combined with strong winds.

Tuesday marked the first day of December and the start of meteorological winter, which is based on the calendar and annual temperature. The winter solstice takes place on Monday, Dec. 21, which is when the astronomical season begins.

The snowfall prompted Kitchener, Waterloo and Cambridge to declare snow events on Monday afternoon. Parking bans will lift at 6 p.m. in Kitchener and Waterloo, and 7 p.m. in Cambridge.