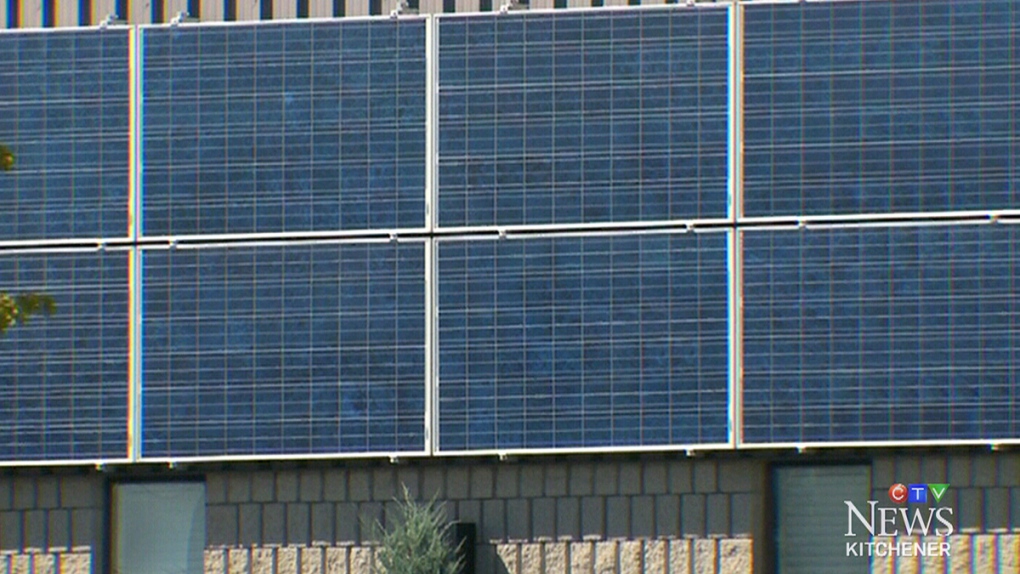 Solar panels on the side of a building in this undated file photo.

Canadian Solar Inc. says it has signed on Direct Energy as a buyer for power from its Suffield solar project in Alberta.

The company says the 23 megawatt project is expected to be the largest solar photovoltaic operation in the province when it is done in 2020.

The Suffield project will use solar panels that produce electricity from both sides to track the sun through the day as well as increase reliability in the winter. The design is expected to increase the efficiency of energy generation by 10 to 15 per cent.

The project is expected to employ about 250 people during construction and power about 7,400 households annually.

Canadian Solar also has a contract to supply 55 per cent of power needs of the Alberta government through three projects it expects to finish in 2021.