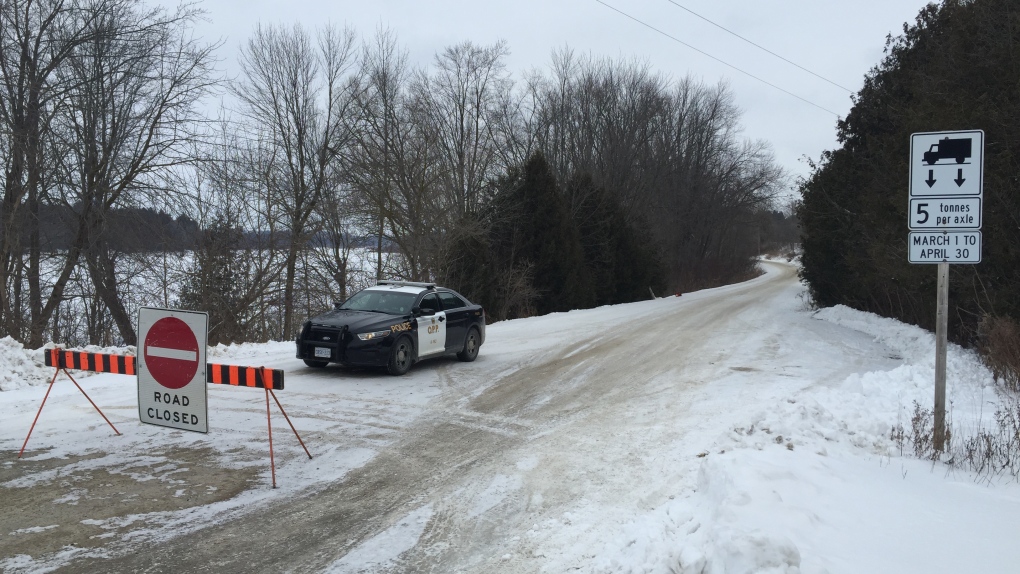 The province's Special Investigations Unit says a snowmobiler suffered serious injuries after allegedly fleeing from police outside of Fergus.

In a press release, the SIU said Ontario Provincial Police conducted a RIDE check in the area of North Broadway Street in Belwood around 2:40 a.m. Saturday.

OPP noticed a snowmobiler driving erratically. Officers drove on Sideroad 10 and located the snowmobiler who attempted to flee from police.

The SIU says a man and snowmobile were later found in a ditch near Sideroad 10 in West Garafraxa Township.

The 21-year-old man is being treated for serious injuries.

No further details have been given at this time and an investigation is ongoing.

Anyone with information, including video or photos, is asked to contact the lead investigator at 1-800-787-8529 or on the Special Investigations Unit website.

Families are sharing photos and stories of their loved ones, who lost their lives in a mass shooting in Texas that killed at least 19 children and two adults on Tuesday afternoon.

With Quebec confirming an additional 10 cases of monkeypox identified in the province, the Public Health Agency of Canada says they are monitoring a total of 15 cases across the country.

Prime Minister Justin Trudeau says his 'heart breaks' for those impacted by the 'horrific' shooting at an elementary school in Texas that killed 21 people on Tuesday.

Crews are working to restore power to more than 150,000 Ontario customers who are still without hydro after a deadly storm swept through the province on Saturday.

Bill 96, the provincial government's controversial legislation aimed at protecting the French language in Quebec, has been adopted in the National Assembly.

Johnny Depp called his ex-wife's accusations of sexual and physical abuse 'insane' Wednesday as he returned to the witness stand in his libel suit against Amber Heard.

British Prime Minister Boris Johnson and other senior officials bear responsibility for a culture of rule-breaking that resulted in several parties that breached the U.K.'s COVID-19 lockdown rules, a report into the events said Wednesday.

Golden State Warriors coach Steve Kerr refused to talk about basketball at a pre-game news conference on Tuesday and instead called for stricter gun control after the killing of at least 18 children and an adult in a Texas school shooting.

Russia's invasion of Ukraine may have marked the start of "a third world war," and Russian President Vladimir Putin must be defeated "as soon as possible" if the world wants to preserve civilization, said billionaire and philanthropist George Soros.