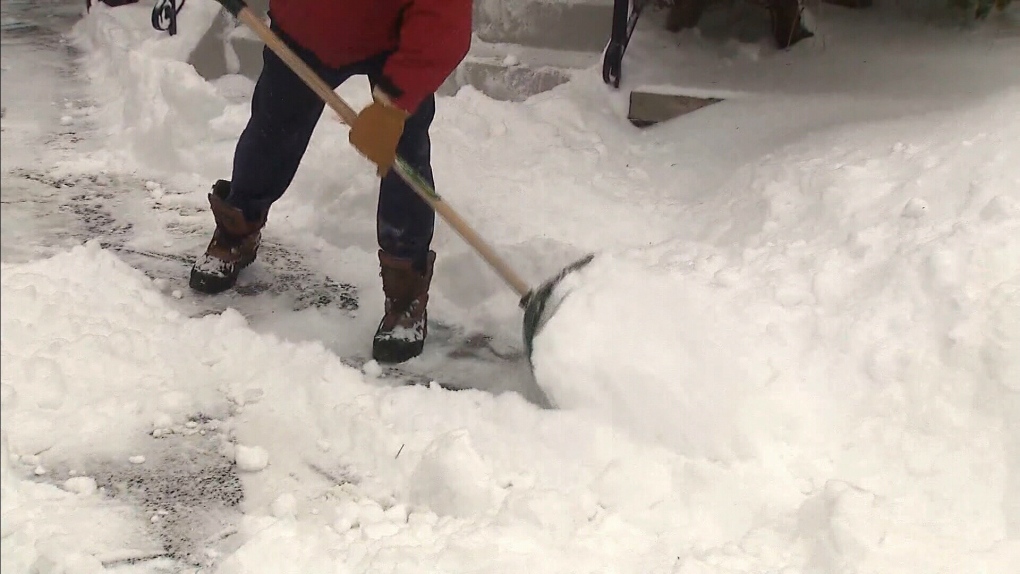 Heavy snow, treacherous travel and whiteout conditions are on-going and set to continue through Monday evening for parts of Ontario, due to a low pressure system tracking south of the Great Lakes.

According to Environment Canada’s weather summary updated at about 4 p.m. Monday afternoon, Kitchener recorded 28 cm of snow, Waterloo close by at 30 cm and Simcoe (Norfolk County) measured 31 cm. Higher snowfall rates and totals were recorded in the Greater Toronto Area with downtown Toronto picking up 36 cm, 52 cm of snow fell on the Niagara Escarpment and St. Catharines saw 50 cm. The City of Hamilton recorded 41 cm, while Ottawa saw 45 cm.

Snow squall watches and warnings have been issued for areas including Huron Perth and Bruce Counties as lake effect squalls are forecast to develop in the wake of the system with 10 to 20 cm of snow expected in some snow-belt regions. Squalls are forecast to weaken late it the day Tuesday.

Many alerts dropped off late-afternoon Monday, including for Waterloo Region, previously Southern Wellington County and the Region of Waterloo joined a list of other areas in southern Ontario under winter storm warnings. Snow, heavy at times, with peak snowfall rates of four to seven cm per hour occurred significantly reducing visibilities. Blowing snow is also expected to continue due to winds gusting up to 60 km/h.

Winter storm warnings replaced blizzard warnings for some locations including cities of Toronto and Hamilton. On Environment Canada’s website, the criteria for this reads as, “Blizzard warnings are issued when winds of 40km/h or greater are expected to cause widespread reductions in visibility to 400 metres or less, due to blowing snow, or blowing snow in combination with falling snow, for at least 4 hours.” Meanwhile, the criteria for a winter storm warning is issued when severe and potentially dangerous winter weather is expected, including a major snowfall of 25 cm or more within a 24 hour period and a significant snowfall combined with other cold weather precipitation types, such as freezing rain, strong winds, blowing snow and/or extreme cold. And a snowfall warning is issued when 15 cm or more of snow falls within 12 hours or less.

“If you become stranded in a vehicle do not leave. The vehicle offers a form of protection from the cold. A single person walking through the snow is harder to find than a stranded car or truck. If you do travel and become lost, remain where you are until the blizzard has passed. Protect yourself from wind, cold and disorientation by staying sheltered, indoors or with your vehicle," the weather agency said.

Northwesterly winds will continue to cause blowing snow, even after snowfall rates have slowed or stopped Monday night. Winds ease overnight and early Tuesday with a mix of sun and clouds in the forecast for Tuesday afternoon in Waterloo Region.

UPDATED | Ont. and Que. scramble to recover from thunderstorm that left at least 8 dead

Clean-up efforts are underway after a massive thunderstorm on Saturday left a trail of destruction in Southern Ontario and Quebec.

The storm that moved across Ontario and Quebec Saturday is known as a “derecho”, a powerful kind of windstorm that is long lasting and far-reaching.

A military plane carrying enough specialty infant formula for more than half a million baby bottles arrived Sunday in Indianapolis, the first of several flights expected from Europe aimed at relieving a shortage that has sent parents scrambling to find enough to feed their children.

Russia pressed its offensive in eastern Ukraine on Sunday as Poland's president traveled to Kyiv to support the country's European Union aspirations, becoming the first foreign leader to address the Ukrainian parliament since the start of the war.

New York's highest court is set to determine whether Happy, a 47-year-old Asian elephant living at the Bronx Zoo, is being unlawfully imprisoned.

The makers of Jif peanut butter are urging Canadians to check their recent purchases as they issue a recall for some products due to potential salmonella contamination.