According to its advisory, there have been reports of drizzle in Waterloo Region, Guelph, Erin, Mount Forest, Arthur and northern and southern Wellington County.

The environmental agency has had multiple reports of icy roads and sidewalks as a result.

Freezing Drizzle Advisory has been expanded to cover much of southwestern Ontario. Waterloo Region as well as Oxford, Brant, Huron, Perth & Wellington Counties are under the advisory. @CTVKitchener https://t.co/x1oCy6Ltm4 pic.twitter.com/bIXkjLwUFB

"Surfaces such as highways, roads, walkways and parking lots may become icy and slippery," Environment Canada warned on its website.

The icy precipitation is expected to continue through the afternoon and evening, and at times may be mixed with light snow.

Police are also reminding drivers to slow down after multiple crashes throughout the day.

"Drivers just need to be absolutely alert and you may go from dry, bare roads to wet, icy or slushy roads in a matter of a kilometre or less," said Sgt. Kerry Schmidt with the Ontario Provincial Police.

A crash on Highway 6 in Fergus closed the road for several hours.

"As of 2:30, we've investigated 13 collisions, three of those have been with injuries," said Staff Sgt. Mark Hammer.

A driver on Beaverdale Road lost control and hit a tree on Tuesday afternoon. 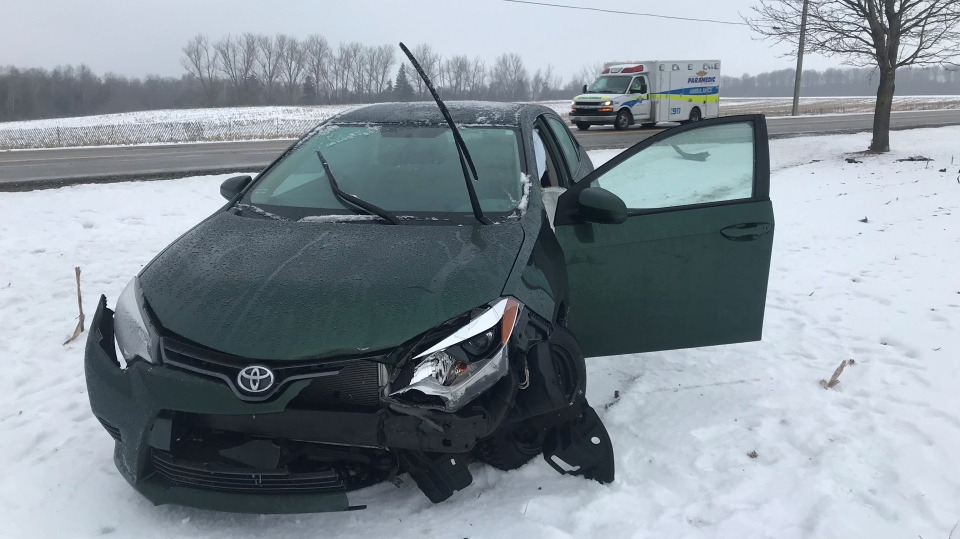 In Drumbo, firefighters were responding to a crash when one of their trucks was involved in a collision. No one was injured.

Two dump trucks slid off the road in the Puslinch area, according to the OPP. One of them collided with a hydro pole. 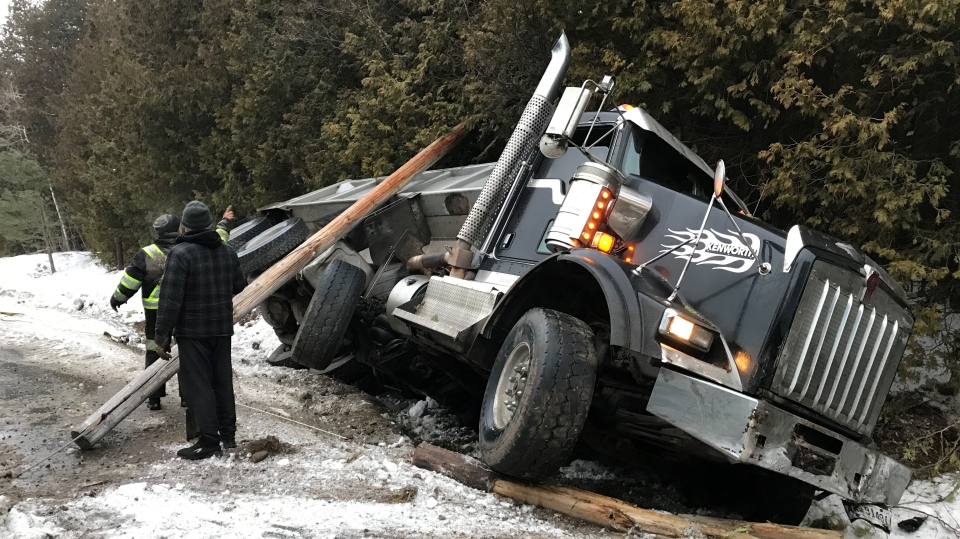 Officers at the scene said there were very icy conditions at the time of the crash.

"When road conditions deteriorate we certainly see an increase in collisions and reports of collisions," Schmidt said. "Vehicles sliding off the road into ditches or into walls or into other vehicles."

Sidewalks are also very slippery due to the rain.