Once temperatures drop and snow falls, skateboards are often stored away for the season, but the City of Kitchener is hoping to change that with its first indoor mobile skatepark.

The indoor skatepark offers anyone 8 years old and above a supervised space every Thursday from 3:30 p.m. to 5:30 p.m. at Queensmount Arena. The ice surface no longer exists at the arena after it was decommissioned a few years ago and transitioned into a place for ball hockey and lacrosse. Now, skateboarding can be added to that list.

"There was this desire to find a safe spot in the winter for young people to practice their skills," said Lori Palubeski, the program and resource services manager for the City of Kitchener.

The indoor skatepark is a temporary installation that uses the popular summer mobile skatepark, which features ramps, rails and boxes. City staff said the set up takes about 20 to 25 minutes.

The cost is $2 per person and helmets are mandatory. If you don't own a helmet, skateboard or scooter, you can borrow one from the arena.

The move to bring the mobile skatepark inside is a move many skaters are praising.

"If it's especially snowy or something, you're putting your board at risk and nobody wants to do that," said Jack, one of the skateboarders who attended the first indoor drop-in session. 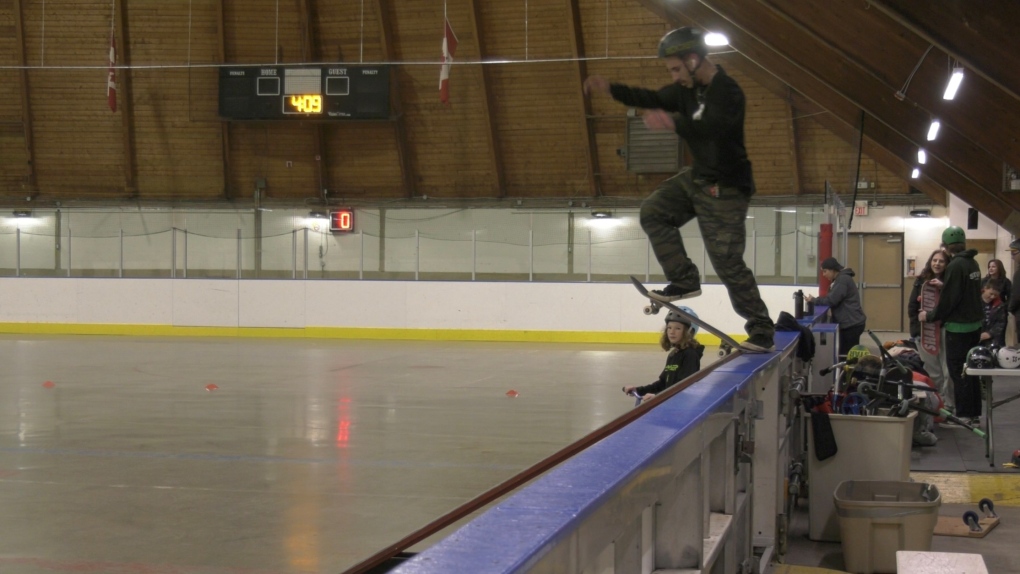 Skaters are praising the idea to bring the mobile skatepark inside. (CTV News/Spencer Turcotte)

The city recognized a gap when it comes to a space like this in Waterloo region. Many local skaters said their closest option is CJ's Skatepark in Mississauga after Guelph's indoor skatepark, The Ward, shut down.

"Our skate staff are part of the skate culture and they've been engaging with young people. They have about 180 people that are interested in a second night," said Palubeski.

For now, with one week between each indoor skate session, people have plenty of time to plan out their favourite trick sequences.

"An extensive line on the A-frame. Probably like fakie tre-flip and then front cab flip to a nose slide and then like a 360 off a stair set," said Steven, one of the skateboarders who has several years of experience.

But the space is meant for beginners too. If anyone is looking to pick new tricks, they can look for staff in a green shirt who can help out.

The local skate community hopes this is just the beginning when it comes to skateboarding indoors. Given the amount of interest, many want to see a permanent indoor skatepark brought to the region.

"It would be an investment into future Olympic athletes," said Josh Fine, the team lead for the mobile skatepark. 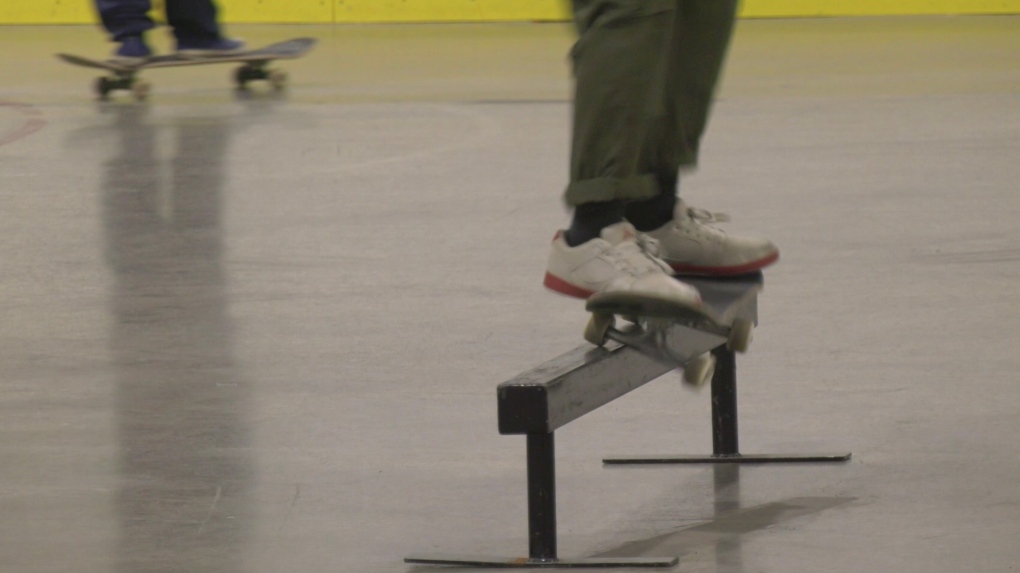 In the meantime, skaters are stoked to have this as an option. Many feel their mission to bring a permanent space to the tri-cities will mirror the approach of landing a new trick – even if you fail, just keep trying.

The indoor skatepark will run until March 9, 2023, with a holiday closure from Dec. 15 to Jan. 12. Outdoor skateparks at The Aud, McLennan Park and Fischer Park will also remain open through the winter depending on the weather.