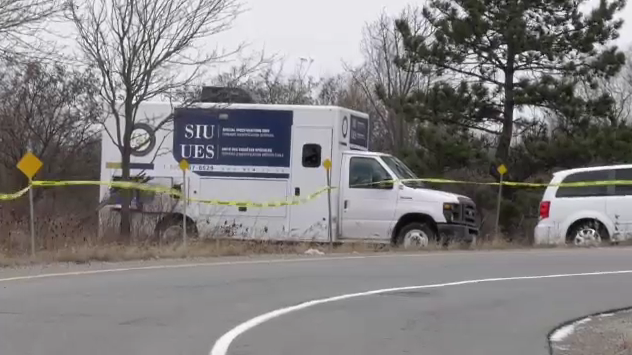 The SIU investigates in Brantford.

The Special Investigations Unit has cleared a Brantford police officer who responded to a well-being call during which a 23-year-old woman was seriously injured after she jumped from a balcony.

According to the SIU report, the officer responded to the well-being call at a multi-story apartment building at 11:19 a.m on March 4.

A civilian witness called police to report that the woman had texted her: “I’m sorry, I can’t do this anymore.”

According to the report, neighbours allowed the officer into their apartment and onto the balcony they shared with the woman.

Not seeing her on the balcony, and believing she had re-entered her apartment, the officer entered the unit to search for the woman. Moments later, they received a radio transmission indicating the woman was on the ground outside the building.

The report says the officers attended a neighbouring unit, where they communicated with the woman. At some point, the officers lost sight of the woman until another officer arrived on the scene and located the woman on the ground.

Joseph Martino, director of the Special Investigations Unit, ruled there were no reasonable grounds to believe that the officer “transgressed the limits of care.”

The woman sustained a compound fracture to one of her legs, however, she was conscious and breathing while being transported to Hamilton General Hospital.

“Indeed, he was at her door knocking and calling out to ensure she was okay for a matter of minutes when the complainant decided to jump from the balcony,” reads part of the analysis from Martino. “In the circumstances, there was simply no real opportunity for any intervention on the part of the officer or the police, including the potential deployment of the Mobile Crisis Response Team, to prevent the complainant from self-harming.”

A 12-year-old player in the Little League World Series is in critical condition after falling from a bunk bed at the players' dormitory in Williamsport, Pennsylvania, his team tells CNN.