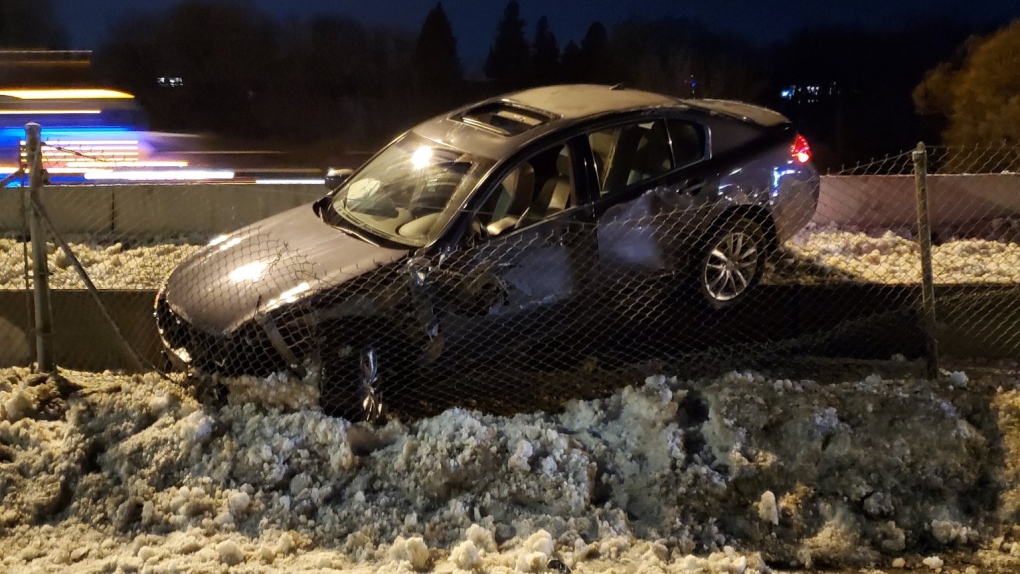 KITCHENER -- Two drivers are facing charges after a vehicle left the roadway in Cambridge, ending up in the eastbound lanes of Highway 401 on Tuesday night.

Officers responded to a report of a single-vehicle crash at Rogers Drive near the highway at around 10 p.m.

Waterloo Regional Police Service’s Traffic Services Unit tweeted a photo of the damaged car that had partially left the roadway and collided with a fence.

According to police, a blue Infiniti was travelling west on Rogers Drive while racing another motor vehicle. The driver of the Infiniti lost control and left the roadway.

Police say the driver of the Infiniti was not injured, but a 19-year-old female passenger was taken to hospital by ambulance with minor injuries.

The Infiniti driver, a 19-year-old Cambridge man, was charged with careless driving and racing a motor vehicle.

The driver of another vehicle, a 19-year-old Cambridge woman, was also charged with careless driving and racing a motor vehicle.

Investigators believe speed and road poor road conditions both contributed to the crash.

TSU onscene at a serious single motor vehicle collision on Rogers Drive, Cambridge. Vehicle left the roadway and ended up partially on E/B hwy 401. Rogers Drive is closed to all traffic while officers investigate. @WRPSToday pic.twitter.com/SYG9k1RVrG