KITCHENER -- The sign war in Listowel, Ont. is on.

It's a lighthearted battle filled with witty returns and word play.

Trevor Cork, one of the owners of Speedy Glass in Listowel, is the man behind the sign war.

“It started probably about a week ago, I saw a post that went viral on Facebook from Virginia in the states, and I thought what a great idea! And I knew our town of Listowel would absolutely rock it,” said Cork.

On Monday, the town’s Speedy Glass Repair posted on their Facebook page that the Dairy Queen had accepted their ‘sign war’.

"They had no idea! I took a shot at them in the dark and they were quick to respond I will give them that," he said.

DQ fired back, with a little help.

“We actually had a customer come through the drive-thru and she said, your rebuttal should be 'you bet your glass we do,” said Amy Hamilton, the owner of the Dairy Queen.

With the two businesses being less than 20 feet apart in the parking lot, both Cork and Hamilton said it adds a little fuel to the fire to come up with a quick and punny reply. 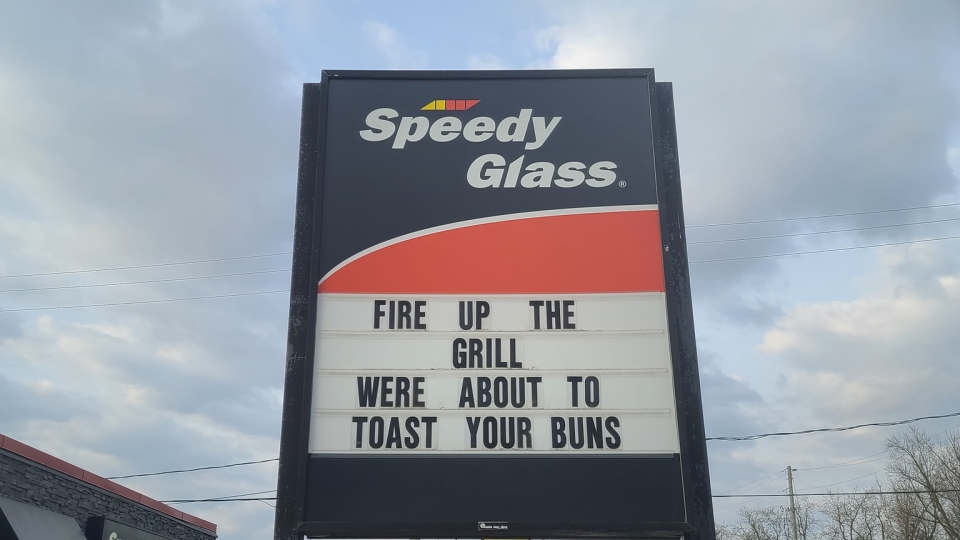 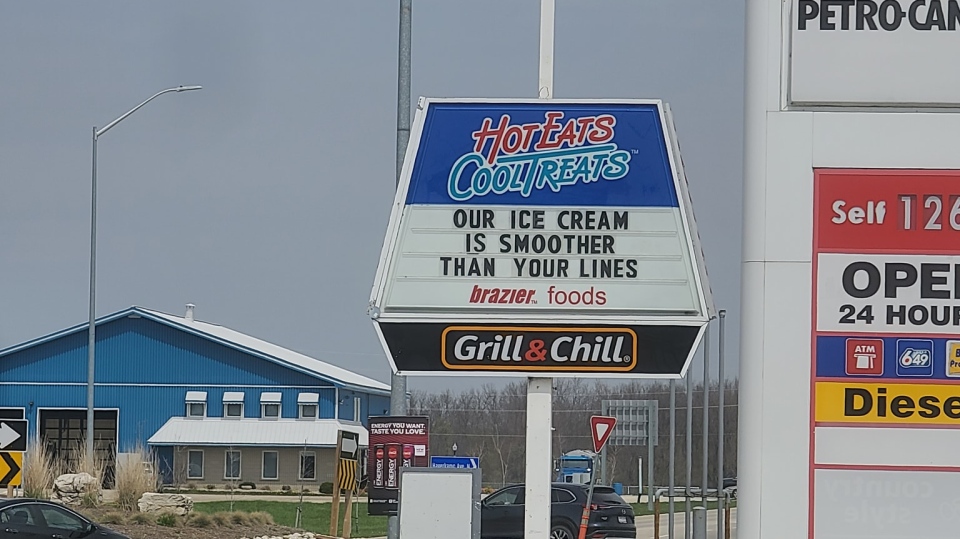 "It honestly almost brings a tears to my eyes," Cork said. "To be able to create that feeling of happiness it’s amazing." 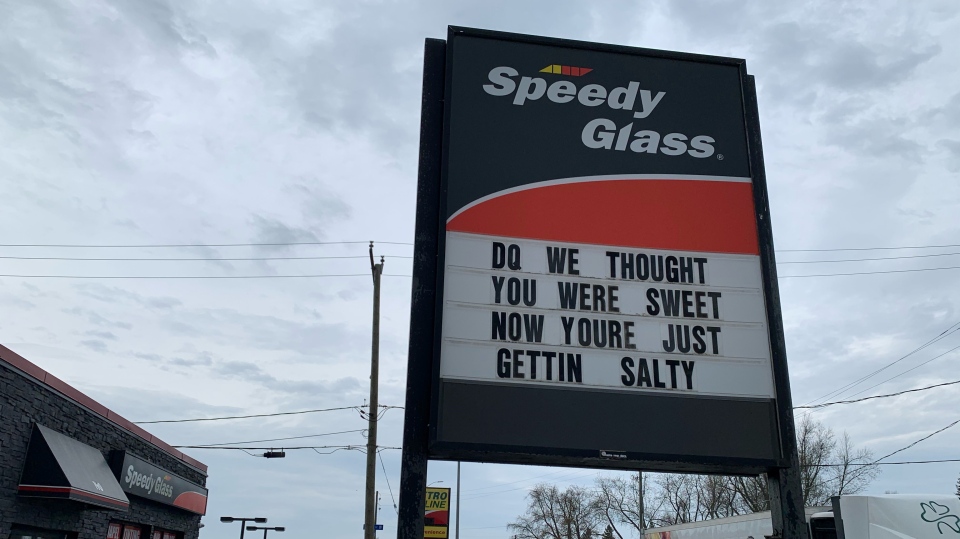 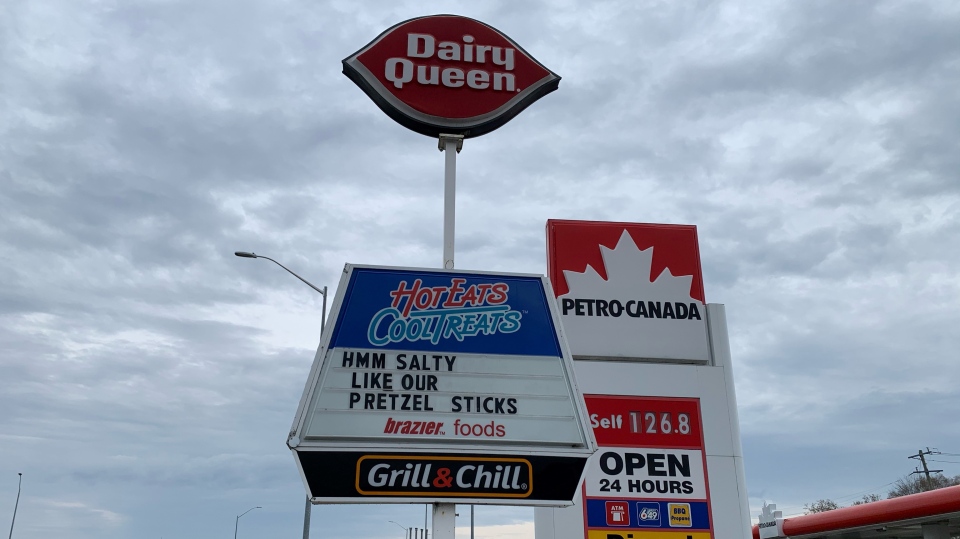 Other businesses are also raising the stakes, throwing their signs into the ring.

The situation has become so heated that the fire department has even stepped in with their own sign.

“Throughout the community it's really nice to see smiles that the signs are putting on people’s faces. It is a friendly banter between businesses and community partners. And as you can see by our sign, this is our mic drop moment,” said Jason Benn, the Assistant Fire Chief for the North Perth Fire Department. 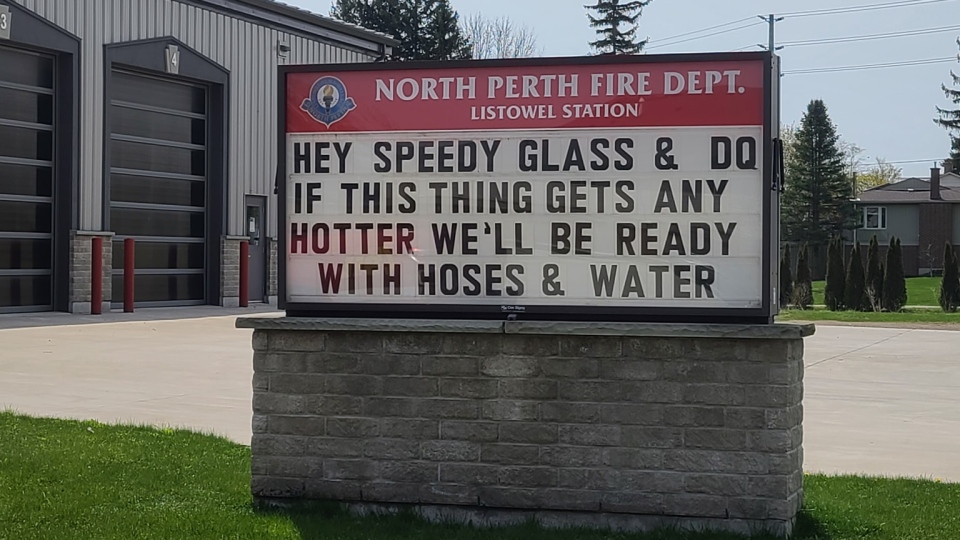 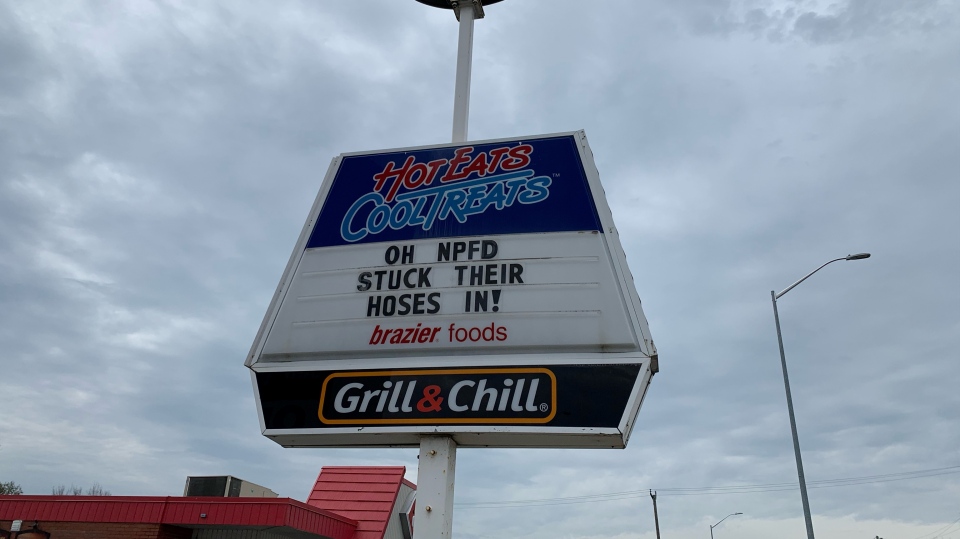 The two businesses are located right next to each other on Mitchell Road in Listowel.

According to Cork, his goal was to shed some light, make some people smile and create some laughter.“It's done exactly that and then some.”

Cork said he has no plans of stopping this war any time soon, and encourages other businesses to literally sign up and take part.

Sarnia, Ont. is also getting in on the sign wars. Many of the signs feature some tongue-in-cheek adult humour, but the craze is welcomed by local residents. 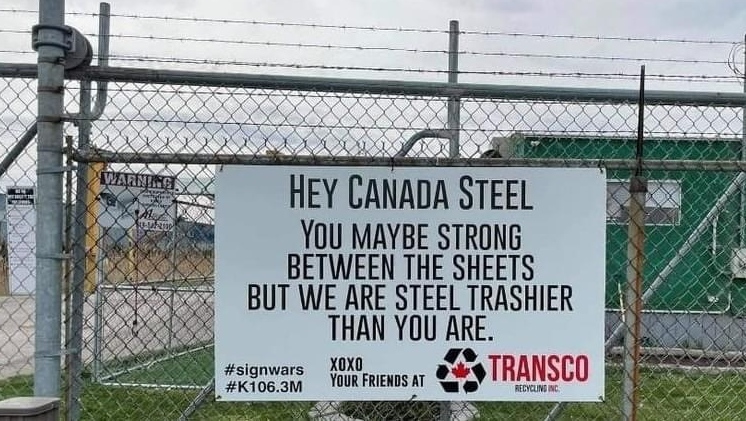 Dozens of businesses in that community have joined in the fun. 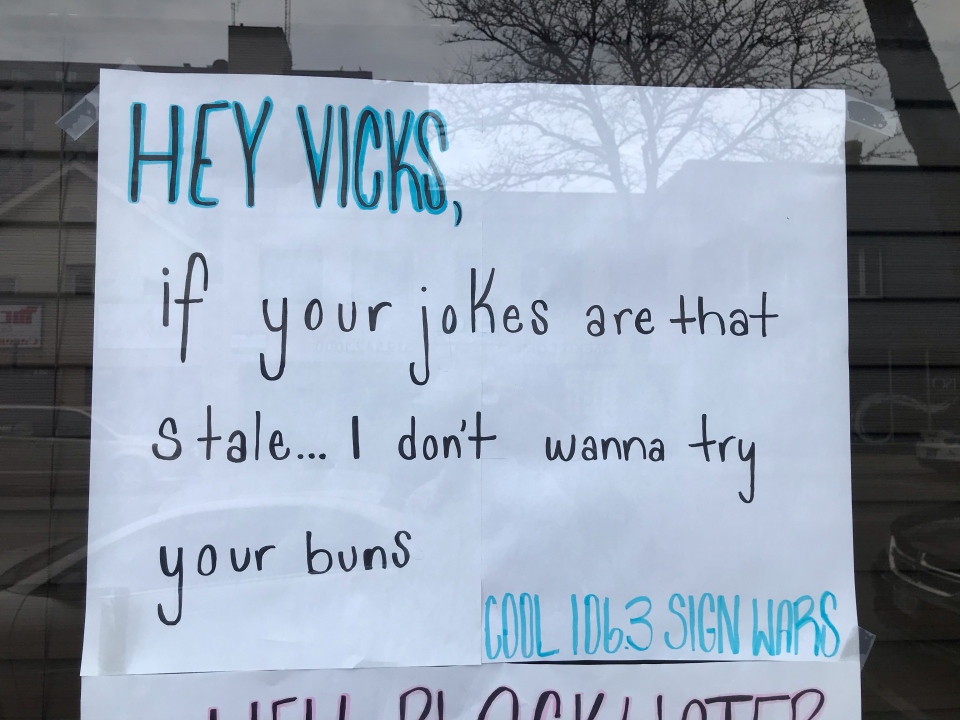