Waterloo Regional Police says they were called to a reported break and enter on Beechdrops Drive, near Cinnamon Fern Street, at around 10:15 p.m.

That's where they found a 43-year-old man suffering from critical injuries.

He was taken to a local hospital where doctors performed emergency surgery.

He has not yet been named.

Police believe the man was shot as a result of an altercation inside the home.

They say it's unclear if it was a targeted or random attack. 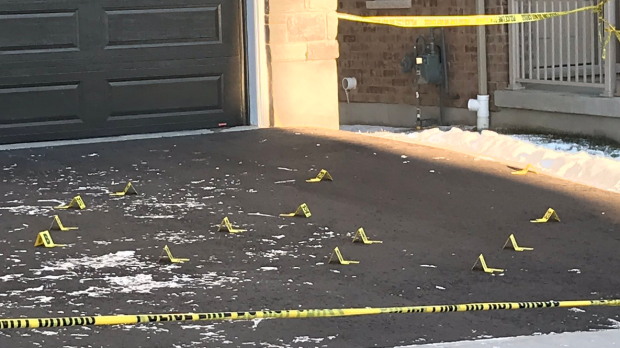 Police are still searching for the shooter and have not released a description.

"We are continuing to appeal to the public for any information on suspects who are still outstanding at this time," says Const. Andre Johnson.

Officers will continue canvassing the neighbourhood for witnesses.