'Shocked and appalled': Dual citizen living in Elora reacts to protests at Capitol 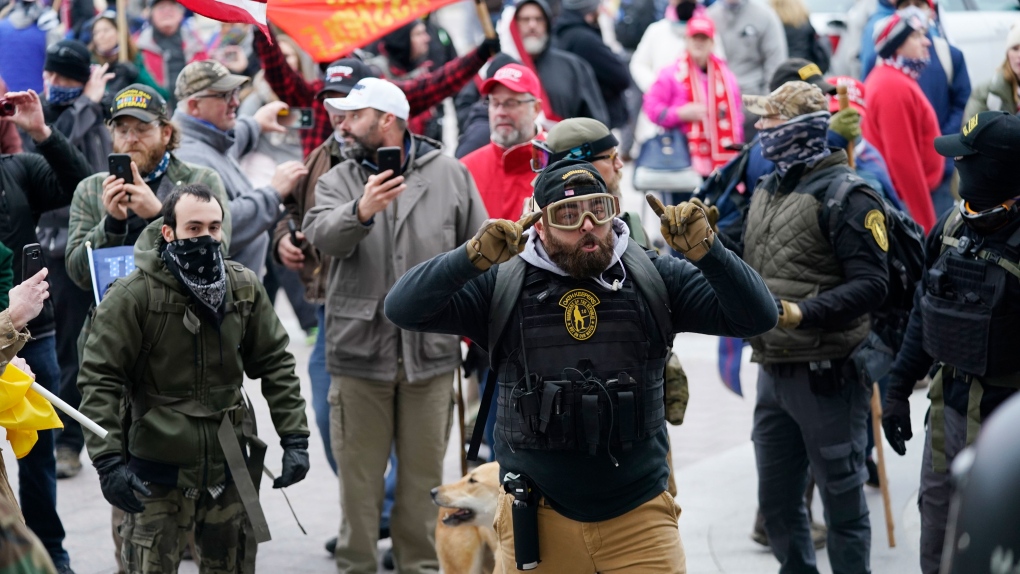 The rioters were trying to overturn America's presidential election and keep Democrat Joe Biden from replacing Trump in the White House.

A woman was shot and killed in the riot.

"I have to say I was shocked and appalled, as were so many others," said Tim Flannery, the local chapter president of Democrats Abroad. "I never thought during the course of my life that I'd see such an event, especially in Washington, especially in the Capitol."

Flannery grew up in Detroit. His family moved to Canada following riots in that city in the 1960s.

He said he was troubled watching Wednesday's riot and hopes voices from both sides of the political aisle can work in unity.

"It's appalling, it's amazing and it needs to be dealt with," he said. "That's where everybody seems to be coming together."

Flannery added he hopes the people responsible for the riot will be charged.

"The only thing I can say is that America has woken up," he said. "There was an election and it speaks for itself. Most notably, what happened last night in Georgia is indicative of perhaps a new America that will rise from this and hopefully heal the wounds that have been created."

Flannery also said a security breach like this shouldn't be allowed to happen again.

U.S. senators returned to the Capitol building on Wednesday night and Washington's mayor brought in an evening curfew to try and contain the violence.

With files from The Associated Press

What's the 25th Amendment and how does it work?

Biden calls on mob to 'pull back,' urges restoring decency

U.S. Capitol has seen violence over 220 years, but not like this

Trump supporters, other passengers in shouting bout on plane