Shed goes up in flames, spreads to home 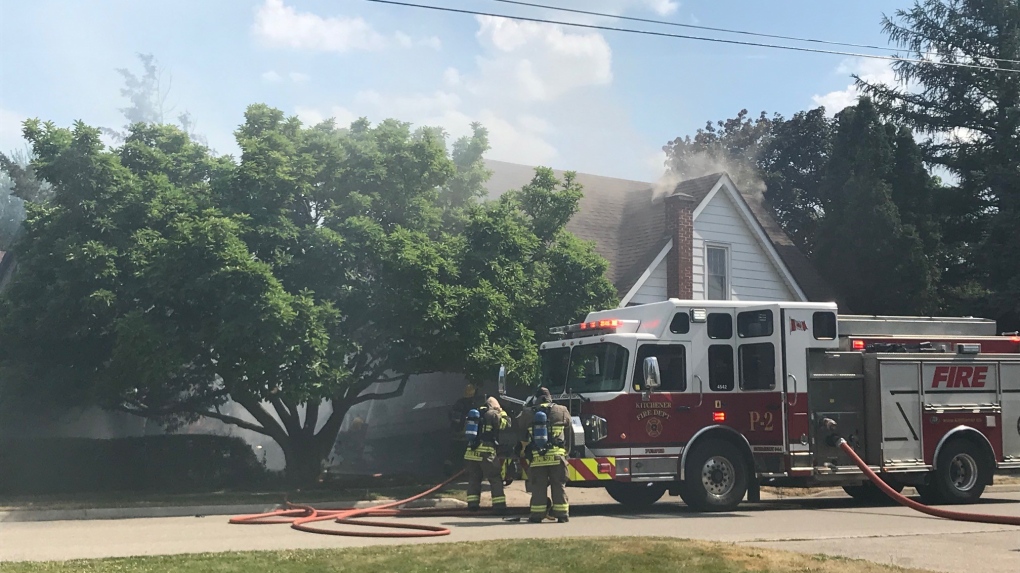 KITCHENER -- A shed went up in flames behind a home on Locust Street in Kitchener on Tuesday afternoon.

Firefighters were called to the home near Mansion and Frederick Streets around 4 p.m.

A neighbour said he heard people yelling as the fire burned.

"I came out of my backyard and here's these 30-foot flames up the back of my neighbour's house," Nolon Wilson said.

Fire officials said the fire started in the shed and spread to the basement and second floor of the home. It also damaged the next door neighbour's garage.

Two people were inside and were able to get out safely.

Crews cleared the scene around 6:20 p.m.

The cause of the fire is unknown, but officials say they don't believe it's suspicious.

Damage is estimated at $100,000, but fire officials say it will likely exceed that amount.