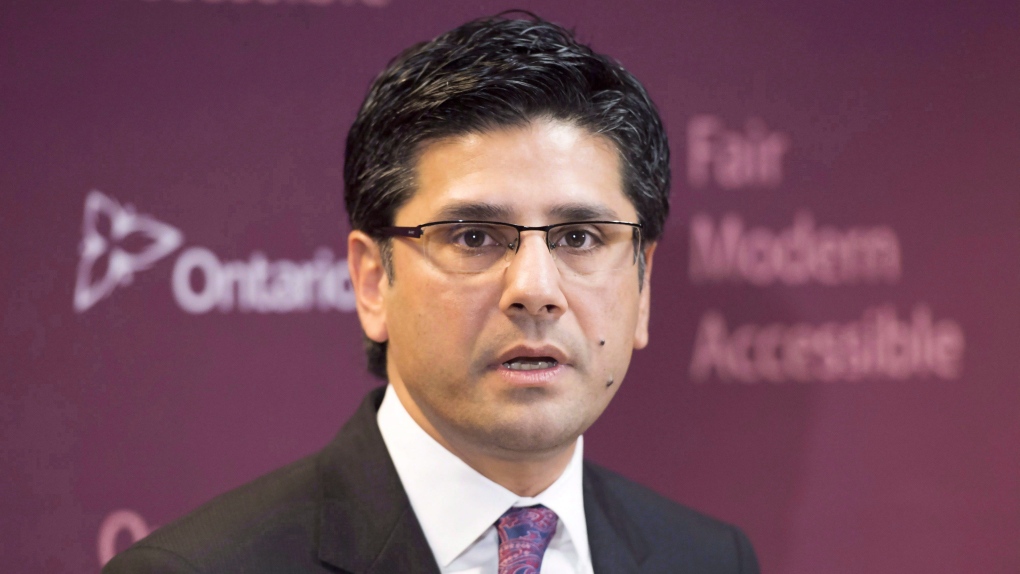 The chief justice of Ontario's provincial courts is examining what further steps could be taken on sexual assault education for judges, the attorney general said Monday.

Two private members' bills seeking to tackle the issue were introduced back to back last week -- one from the Progressive Conservatives and the other from a member of the governing Liberals -- that seek to mandate such training.

Laurie Scott, who introduced the PC bill, said she was inspired in part by recent judicial examples.

Robin Camp, who resigned last month, asked a sexual assault complainant in an Alberta trial why she couldn't keep her knees together. In Halifax, there have been calls for the judicial council to review Judge Gregory Lenehan's remarks who said, in acquitting a taxi driver of sexual assault, that, "a drunk can consent."

Attorney General Yasir Naqvi, who is also the government house leader, won't say whether the government will be backing either bill, but said he has spoken with and written to Ontario Court Chief Justice Lise Maisonneuve.

"I've had very constructive conversations with her and I know she has informed me that there is training that exists that is available to judges on a variety of issues, including sexual assault, and she's looking at what other steps could be taken as well," Naqvi said.

But, he said, the government shouldn't interfere with judicial independence.

"That is a very important and fundamental principle of our system," Naqvi said. "You do not ever want politicians telling judges what to do, what not to do."

Maisonneuve declined an interview request, but said in a statement that the court recognizes the importance of sexual assault education.

"Issues related to sexual violence and violence against women have regularly been included in the Ontario Court of Justice's judicial education conferences," she wrote.

"We look forward to hearing about new education programming that the National Judicial Institute may be able to offer our court as a result of the recent federal government budget."

The 2017 federal budget proposes $2.7 million over five years, plus $500,000 annually afterwards, for the Canadian Judicial Council to support training on ethics and conduct for federally appointed judges, while also ensuring access to professional development that is gender- and culturally sensitive.

There is also a bill before the House of Commons from interim Conservative leader Rona Ambrose that would require anyone who wanted to be considered for a federal judicial appointment to undergo comprehensive training in sexual assault law.

At the Ontario legislature, the Liberal bill would require that provincial judge candidates complete sexual assault law education before being considered.

The PC bill sets out that requirement both for provincial judge candidates and potential justices of the peace, as well as requiring continuing education for people who currently hold those positions.

"It's going to give confidence to the victims that judges have been properly trained and more victims would come forward if they knew that all judges and justices of the peace were properly trained to deal with sexual assault law," Scott said.

New Democrat Peter Tabuns said he didn't care which bill gets passed, so long as one of them does.