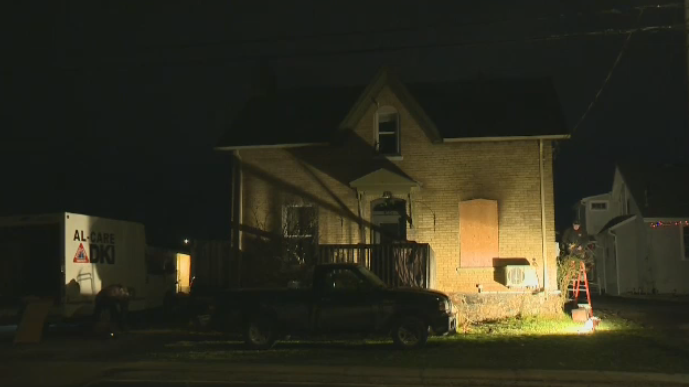 A residential fire in Cambridge has left several people looking for a place to stay.

Emergency crews were called to the blaze at a duplex on Beverly Street just after 4:30 p.m. Saturday.

The Cambridge Fire Department said the fire started in a bedroom on the main floor and was extinguished before spreading to other areas of the home.

Fire officials said everyone got out safely, but a pet needed to be rescued.

People living on the main floor and the unit above have been displaced due to the damages.

Monday morning police updated the incident and said one person was treated at the scene for smoke inhalation.

Police added officials have determed that the fire is not suspicious.

Investigators have yet to determine what caused the fire or the cost of damages.

Canadian department store Zellers hopes to make a comeback next year, a decade after the discount chain shuttered most of its locations.

Ontario is extending the deadline for child-care operators to apply for the $10-a-day program and standardizing the process in an attempt to get more providers to sign up.

Much of the B.C.’s South Coast is under a heat warning with temperatures expected to soar.

TikToker puts restaurants, bars to the test over wheelchair accessibility

A Toronto-based disability advocate is using the power of TikTok to raise awareness over the lack of wheelchair accessibility at many restaurants and bars.