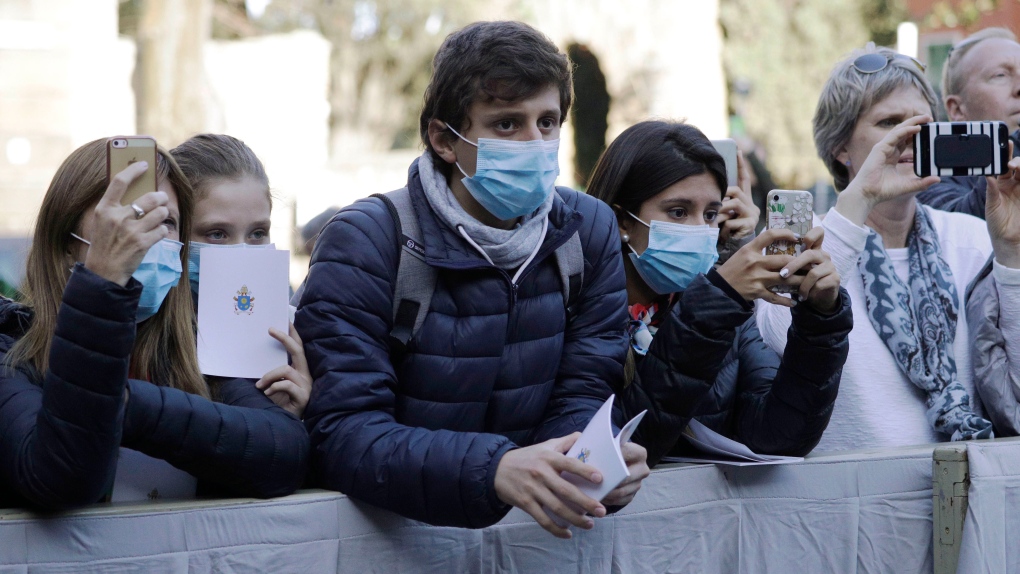 Faithful wear surgical masks as they wait for the arrival of Pope Francis outside the Santa Sabina Basilica in Rome, Wednesday, Feb. 26, 2020 amid an outbreak of coronavirus in Italy, which led to the cancellation of masses in northern regions of the country. (AP Photo/Gregorio Borgia)

KITCHENER -- Several charges related to COVID-19 restrictions have been laid in Waterloo Region in the past week.

The first ticket was issued by Kitchener bylaw officers and given to Vita Lounge. Redman said the restaurant was ticketed for failure to obey with volume and distancing requirements.

Two people were also given tickets by regional bylaw officers for not wearing face coverings in an apartment building lobby. The cost of those tickets was $200 each.

Waterloo bylaw officers also gave out a ticket to an occupant of a private residence on Nov. 24 for exceeding provincial gathering limits.

Four tickets were also issued in the region in the past week as well for provincial offences after almost 30 officers were dispatched to the region for education and enforcement.

Redman said that they did 346 inspections in that time, noting a 73 per cent compliance rate with the Reopening Ontario Act.

"The most common contraventions observed were related to the zone change requirements when our region jumped from yellow to red in two weeks," she said.

One ticket was given to a sport and recreational business, while three orders were issued by inspectors under the Ontario Health and Safety Act.

In each case, it was for reasons observed in employee areas.

COVID-19 rapid testing being tried out on passengers at YVR; study a first in Canada