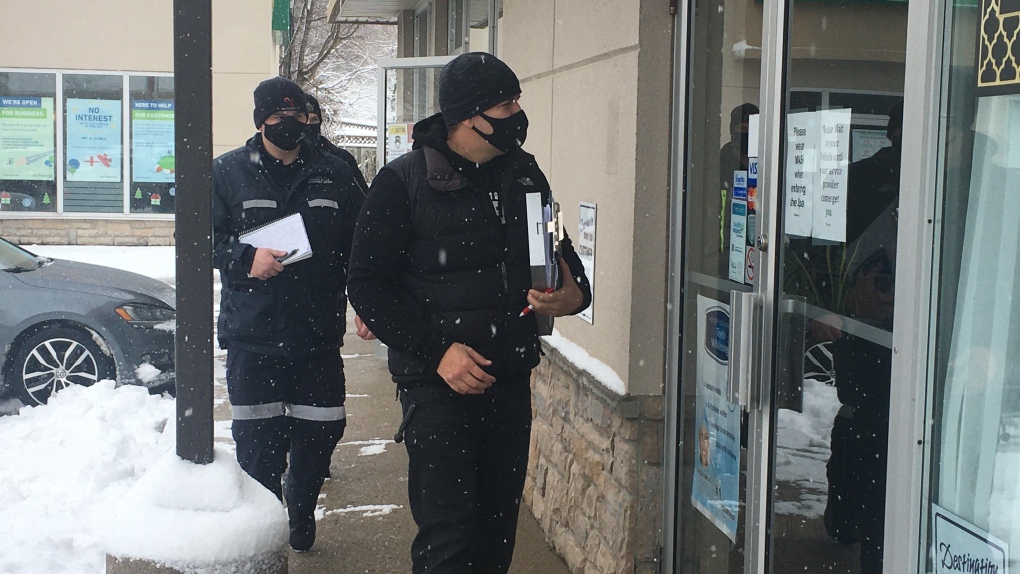 KITCHENER -- Seven more charges were laid against people who were not complying with regional and provincial COVID-19 rules over the past week.

During a media briefing on Friday afternoon, Region of Waterloo CAO Bruce Lauckner reported the fines, which were given out between Jan. 7 and Jan. 13.

"Although enforcement is necessary, we really have to look at the latest stay-at-home order as an opportunity to get us where we want to be," said CAO Bruce Lauckner during a media briefing on Friday morning.

In Kitchener, bylaw officers issued three tickets at private residences for gatherings that exceeded the provincial limit. Bylaw officers in Waterloo and Cambridge each issued one ticket in their cities, as well.

One business, Sunnyside Asian Spa in Kitchener, was also given a ticket for being open as a non-essential business. That also comes with a cost of $880.

Lauckner also mentioned the court summonses that were given after a Woolwich Township church organized a gathering that exceeded the province's limit for a place of worship.