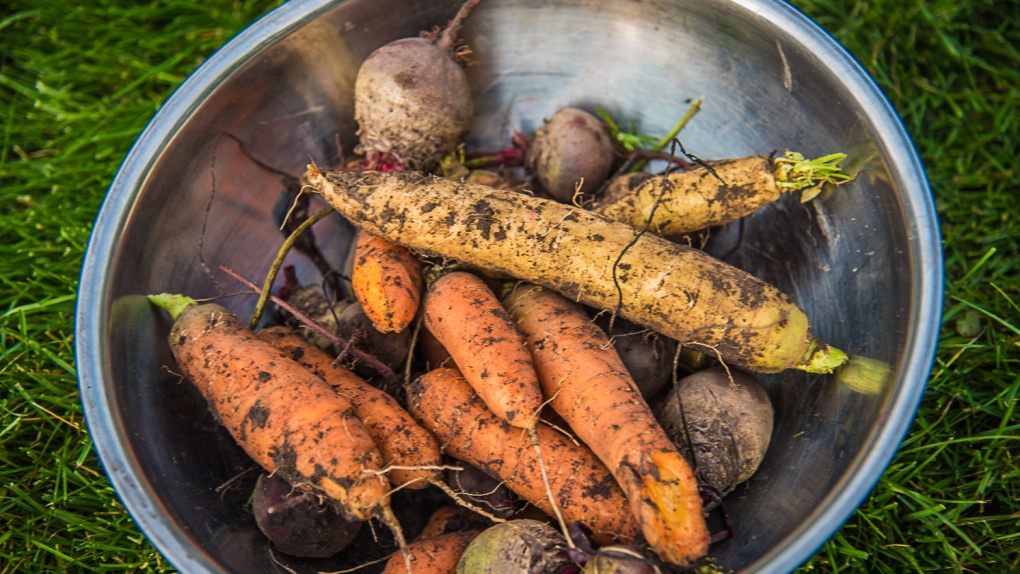 Winter vegetables from Debi Goodwin's garden can be seen in this image. (Debi Goodwin)

KITCHENER -- Planting seeds to start a vegetable garden has become a popular pandemic trend, and business has been booming for one area farm.

Aaron Lyons has been working at the farm for 10 years and says this is the busiest season he’s ever seen.

"We were operating at probably ten times our regular capacity," he estimates.

According to Lyons, volume was busier than normal leading up to the pandemic, which the farm predicted.

"At March Break we had more orders than January and February combined. It became like almost starting a season within a season," he remembers.

Hawthorn grows, harvests, processes and distributes seeds on the farm.

They also host workshops and tours, and educate the community.

The increase in business at the farm during COVID-19 has been a mix of new and seasoned gardeners wanting to stay busy during these times while learning about food and sustainability.

Lyons thinks this trend is going to continue.

"A lot of the orders we have received, you could tell very quickly folks were looking at their grocery lists," he says.

Lyons suggest new gardeners stick with a variety or crop type that can be directly sowed into the ground, such as beans, lettuces or kales.

"Saving your own seed can be easy or difficult. But, there are some basic steps and measures you need to take to be able to do that," he explains.

He says that the Seeds of Diversity Canada website is a great resource for those interested in learning more.