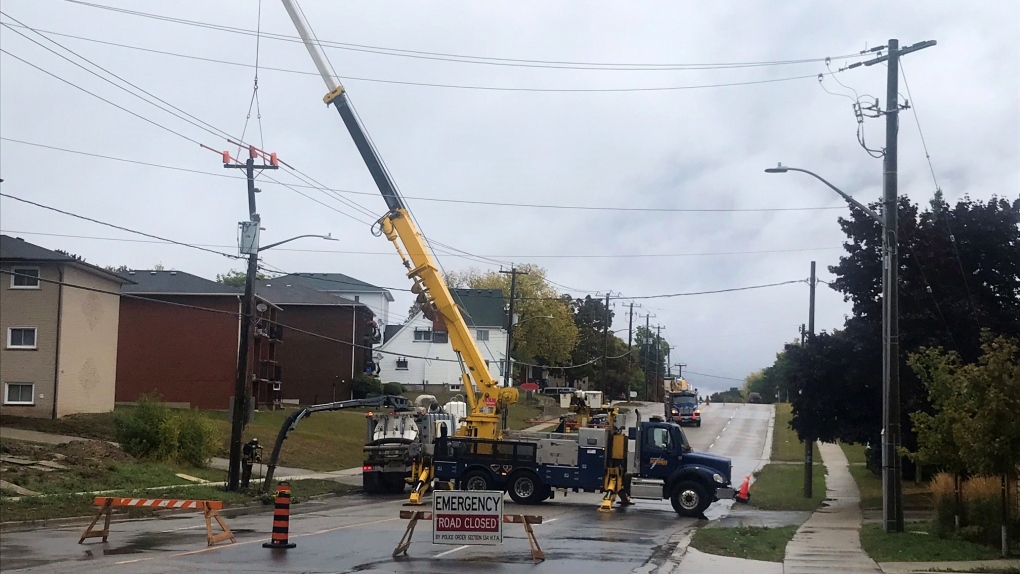 Crews use a crane to repair the hydro pole. (Chris Thomson/CTV Kitchener)

A portion of a major road in Kitchener has been closed off Tuesday morning.

Victoria Street has been closed from Westmount Road to Paulander Drive for a hydro pole repair.

Police say a hydro line was on fire, no injuries were reported, and there was a small power outage in the area.

As of 8 a.m., KW Hydro's map was showing 38 customers affected by an outage near Westmount and Victoria.

Police say they are assisting hydro crews on scene and have barriers up.

The public is being asked to find alternate routes.

There is no word yet on when the road will reopen.