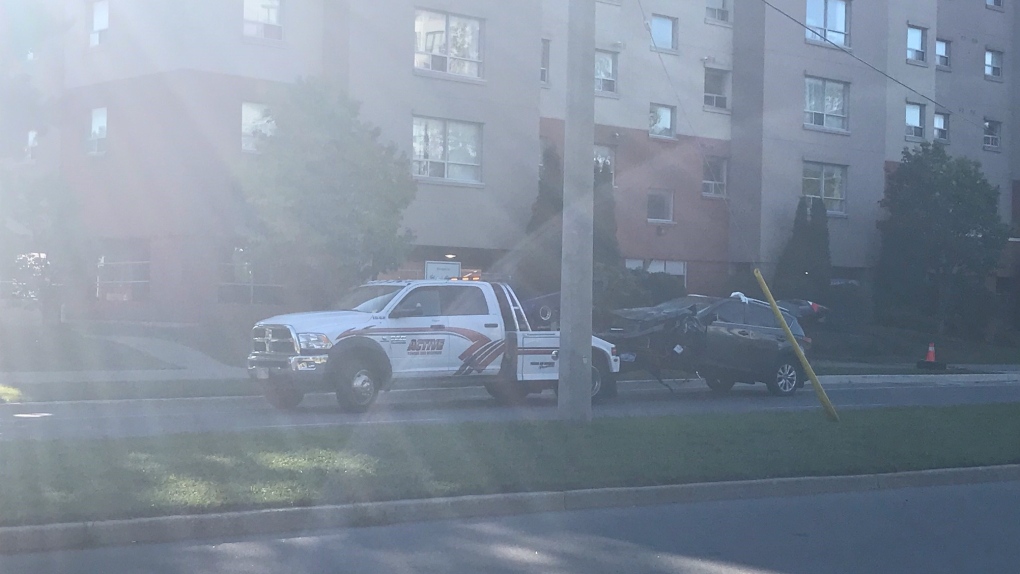 Police confirmed the reopening in a tweet posted just after 11 a.m.

A tow truck was on scene around 9:30 a.m. towing away a vehicle with significant damage to its front end.

Police have not said if anyone was injured in the crash, or released any further details.

Roads have now been reopened. Thank you for your patience. https://t.co/2bQlr5DoSM