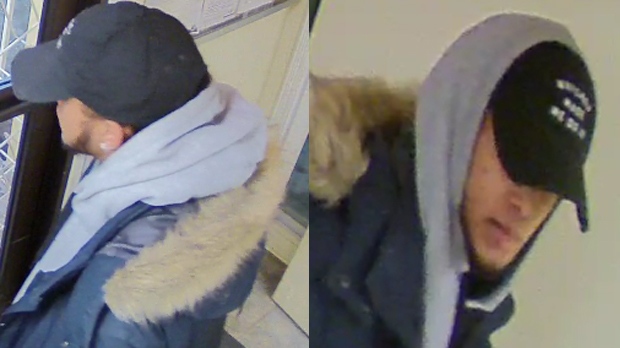 Waterloo Regional Police want to talk to this man about a home invasion on Paulander Drive in Kitchener.

Police have released photos of a man they’re looking to talk to in connection with a home invasion in a Kitchener apartment complex.

A 19-year-old man has already been arrested in connection with the home invasion, which occurred Saturday at a home on Paulander Drive.

Two people suffered minor injuries in the attack, which police believe was targeted.

The man who has been arrested faces charges including robbery, assault with a weapon and uttering threats.