Search continues for missing man in Cambridge, still no cause released in child's death

The search continued Tuesday for a man police say may have information about the death of an 8-year-old boy in Cambridge.

Police are looking for Curtis Hesselink, 41, who has been missing since Saturday.

The boy was found dead inside a home on Townline Road near Hespeler Village earlier that day. 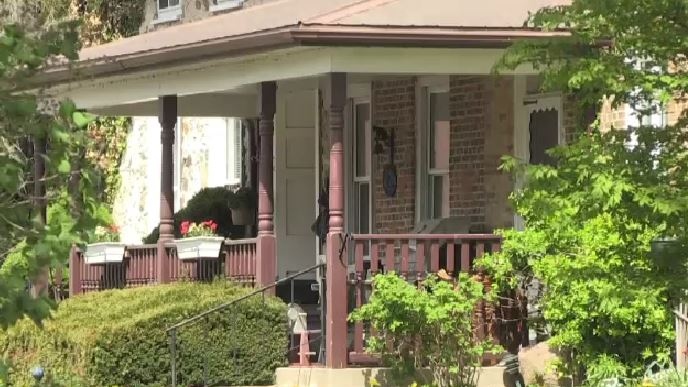 Police said his death is considered "suspicious." While an autopsy has been completed, the boy's cause of death has not yet been determined. On Tuesday, the chief of the Waterloo Regional Police Service told CTV News Kitchener a toxicology report had been ordered.

Initially police were concerned Hesselink might be armed and dangerous, so neighbours were warned to stay inside their homes.

"I was petrified," said Marj Meiers, who lives nearby. "Normally I go to bed early. That night I stayed up to watch the [Maple] Leafs with my husband and I didn't want to be alone. I was just too afraid."

Police now believe there's no danger to the public, but they are still concerned for Hesselink's safety.

Several neighbours told CTV News that they wished that they had been told that information sooner.

"Just for any officer to walk up the road or get on the phone, something," said Meiers. "Yes absolutely [I] would've liked that."

Neighbours only learned that Hesselink was no longer a public threat from news reports and social media.

"It would've been nice to know what was going on, of course," said Geier. "At the same time, I realize that they're investigating so they have to be kind of quiet about it."

Chief Bryan Larkin said police are working on finding better ways to communicate with the public in situations like these.

"We certainly understand the trepidation of the community as we advance and look at using alerting mechanisms," he said. "Currently we use social media as well as news outlets. But we are advancing and looking towards other alerting mechanisms."

He added that after a risk assessment was done they determined "quickly" that Hesselink was not a threat to the community. 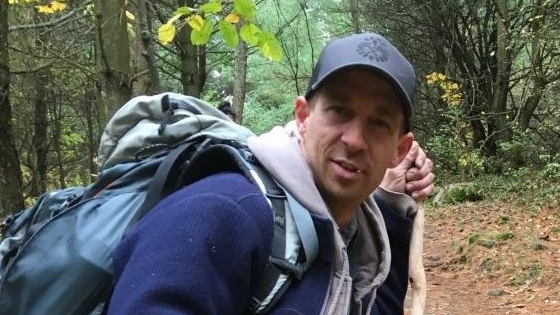 Curtis Hesselink in an undated photo provided by the Waterloo Regional Police Service.

Neighbours also wondered why Hesselink's name and picture were not released to the public until Monday.

Chief Larkin said there are a lot of difficult decisions that have to be made in complex situations like these.

"Those were investigative decisions as we were working through this. We obviously released a description and [had] lots of discussions around potentially also, through the release of the name and photo, [that we] would identify the 8-year-old. So there is a connection. We looked at all those processes and we are working with the families involved in this to ensure that we find the appropriate balance."

Police have not released the boy's name and haven't said how Hesselink and the child knew each other.

On Tuesday, police used a variety of methods to look for Hesselink.

"We're searching a large area at the location where the death occurred," said Chief Larkin. "It is a lot of terrain, forest, there's water on the property. We've used a remote piloted vehicle to search the area. We've also had an OPP helicopter assisting us, we've had on-the-ground search teams. More recently we've had the OPP canine unit, specialized dogs assisting us, as well as their underwater unit." 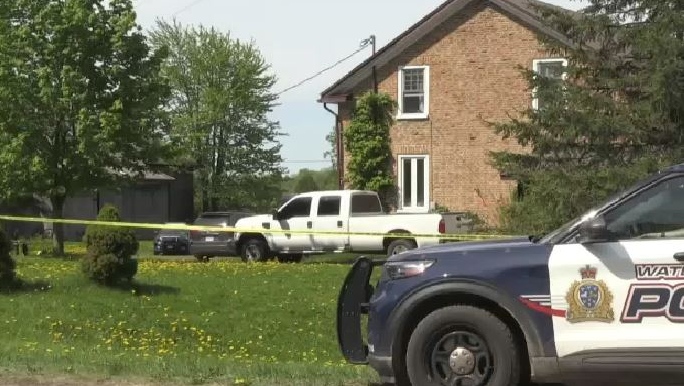 Waterloo regional police at the scene of a boy's death in Cambridge. (May 2022)

After four days of searching, Hesselink has not been found, and the community is on edge.

"Until they say they found him, I'm going to be afraid," said Meiers. "I'm not going to go into my own field."

Prime Minister Justin Trudeau headed to the G7 summit in Germany on Saturday without a consensus from the Commonwealth to condemn the Russian invasion of Ukraine, but with a chorus of countries calling for help to overcome the fallout of the war.

Hundreds of protesters descended on the U.S. Supreme Court on Saturday to denounce the justice's decision to overturn the half-century-old Roe v. Wade precedent that recognized women's constitutional right to abortion.

WHO panel: Monkeypox not a global emergency 'at this stage'

The World Health Organization said the escalating monkeypox outbreak in nearly 50 countries should be closely monitored but does not warrant being declared a global health emergency.

After the Supreme Court overturned Roe v. Wade on Friday, holding that there is no longer a federal constitutional right to an abortion, protesters and supporters of the ruling gathered at the high court's building in Washington, D.C., and in other cities nationwide.

Ukraine's largest LGBTQ rights event, KyivPride, is going ahead on Saturday. But not on its native streets and not as a celebration.

Many Canadians remain unaware of the involvement of forced child labour in the products they buy, according to non-profit agency World Vision Canada.

Norway shaken by attack that kills 2 during Pride festival