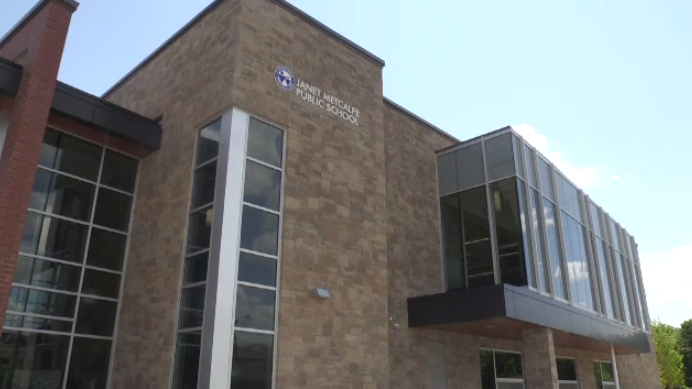 A new public school celebrated its grand opening in Kitchener on Tuesday.

Metcalfe became the first public school kindergarten teacher in Canada in 1882, when she took over a class at what is now known as Suddaby Public School.

Events for students took place throughout the day, including a rock-laying ceremony.

Students and staff members each decorated their own rock, which will lay in the rock garden in front of the school.

Different things will also be added to a time capsule.

After 6:30 p.m., there will also be speeches, singing and dancing.

The school will also announce the name for its chosen mascot.