KITCHENER -- It started as a debate over flying the traditional rainbow Pride flag at Catholic schools in Waterloo Region, and now there are calls for a school board trustee to resign.

"If it came to us flying the Pride flag, with my belief that pride is the deadliest of the deadly sins, I honestly would have had to resign because I could not support a decision to actually fly a Pride flag," he said during Monday's meeting.

The remarks were made as the board unveiled its own flag design instead of the traditional rainbow flag to mark Pride month.

In a statement, Reitzel says he supported the alternate flag at the board meeting, saying he's been an advocate for inclusion in schools. 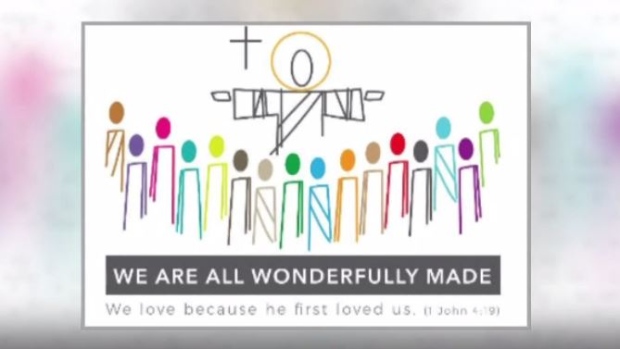 He goes on to say that he is "deeply saddened that people have been hurt by words that I said but hope that they will understand that they were taken out of the context of the meeting as a whole."

The comments were met with outrage and disappointment online and throughout the LGBTQ2+ community.

WCDSB Director of Education Loretta Notten says that it may have been a poor choice of words.

"As much as he said that, perhaps the words were ill chosen, I think he was suggesting that the characteristic of being overly proud as is identified in the Bible is perhaps not a desirable characteristic," she explains.

"That direct quote, I don't believe, is the best reflection of the values that we espouse at the board, and I believe that is the reason that Trustee Reitzel has apologized."

Reitzel also works as a fire prevention officer and is an employee of the City of Kitchener.

The Kitchener Fire Department did not wish to comment, but the city provided a statement.

"We proudly raise the PRIDE flag every year and look forward to doing so again throughout the month of June," it reads in part.

"The views expressed in the meeting are the views of that Trustee and they do not reflect the views of the City of Kitchener and our diverse community."

On social media, there are calls for Reitzel, who is in a publicly-funded position, to step down.

CTV News reached out to Reitzel for further comment on camera. He declined, saying he has a very full schedule at work.

The Catholic board plans to raise its altered version of the Pride flag on June 1 at all schools and buildings.