KITCHENER -- Poor weather conditions are impacting ongoing recovery efforts in Lake Erie, as police continue to search for the body of Alexander Ottley.

"Winds are way too strong to put a vessel in the water and too strong for our divers," says Const. Rod LeClair.

A helicopter was initially called off due to the weather but returned to service as condition improved.

Ottley, 9, was swept into the water on Saturday while playing with his 10-year-old sister and eight-year-old friend near Peacock Point.

A wave knocked the two boys off the ice and into the frigid water. 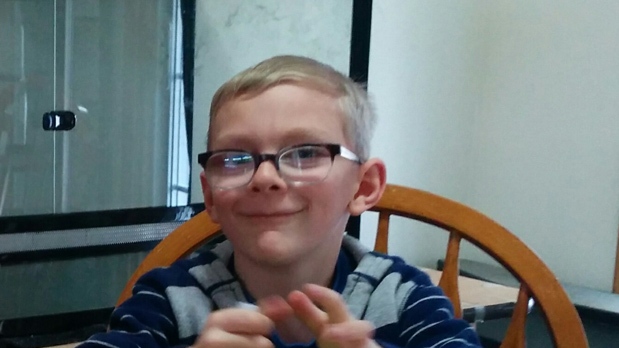 According to a GoFundMe page, Ottley was attempting to save his friend.

His sister ran out to the road where she flagged down a passing vehicle.

“The minute that she stood right in front of our car and held both her hands up to say stop, I knew something was wrong,” says Mike Spicer.

He and his wife ran onto the ice to try and save the boys.

“My wife reached over and was able to hold the hand of the [eight-year-old] boy,” says Spicer. “She was trying to hang on the best she could but with the waves coming in, they were pushing him up and down, and up and down. But she was able to reestablish her grasp with him a couple of times.”

That’s when others ran over to help the couple.

“There was approximately a four foot drop from the edge of the ice down to the water. They were able to help my wife bring the young lad up. Then we brought him to our car and turned the heat on high.”

He says the boy’s mother joined him in the vehicle while they waited for first responders to arrive.

Spicer and his wife live in Brantford and decided Saturday to go for a drive down to Peacock Point.

He returned Monday to pay his respects to the Ottley family.

“It’s been a difficult weekend," he says. "I just hope they can recover the body so that the family can start grieving because I just can't imagine what they're going through. We came down today to hopefully get some closure. The fact that we’re able to save one boy is really a good thing. The fact that we couldn’t save the other is something we’re still trying to process.”

The Ottley family has asked for privacy, saying they are thankful for the community's support and all the prayers are appreciated.

Ottley was a Grade 3 student at Jarvis Public School. They issued a statement Tuesday, saying in part: "Alexander will be deeply missed by his friends and classmates as well as the staff at Jarvis Public School. He will be remembered as a bright, loving boy who was passionate about his friends, Pikachu, dinosaurs and video games. His absence will be felt by many in the Jarvis community and all across our board."

The Grand Erie District School Board says flags will be lowered at all its schools for the next three days.

On Saturday the Haldimand County OPP immediately launched a search with a helicopter and underwater search and rescue teams. They also received assistance from the U.S. Coast Guard.

The search turned into a recovery effort later that same day.

"It's very difficult to tell if the wind and water conditions would've taken the body from the point of entry," says Const. LeClair. "It's really tough to tell with a lake this big. It makes things really difficult."

Searchers also ran into trouble on Lake Erie over the weekend. Dive teams weren’t able to enter the water due to a dangerous buildup of ice along the shoreline Sunday.

Conditions improved on Monday morning, allowing dive teams to return to the water. 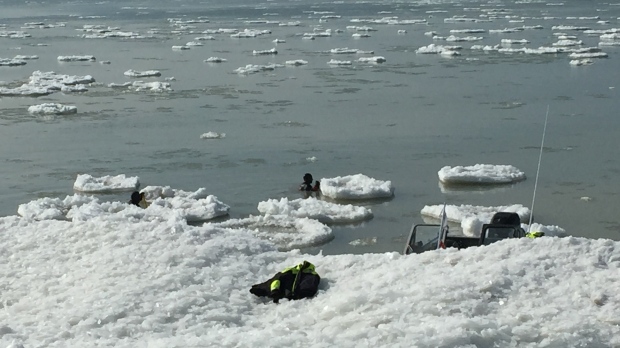 But despite four days of searching they have yet to find Ottley's body.

OPP are asking parents to talk to their children about water safety.

"We are thankful for the hard work by all search teams, and hoping for a break in bad weather soon to make searching easier," says Rebecca Brunke, the family friend who created the GoFundMe page. "Thank you to all of you for your support, the family is overwhelmed with gratitude for the kindness you have all shown."

"We are now raising money to help support the family with funeral costs, therapy for his sister who witnessed this tragedy, and anything else they need in this difficult time."