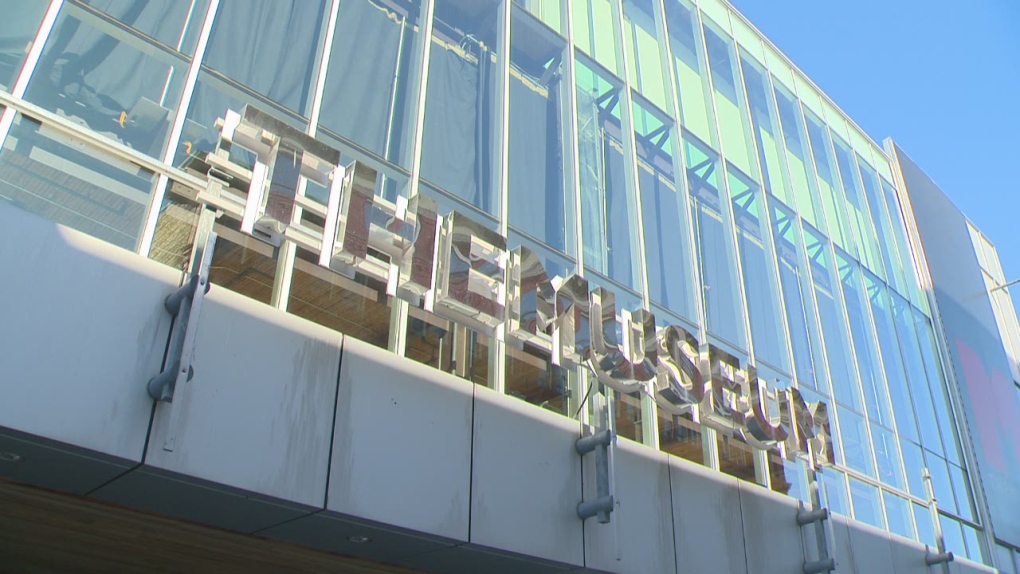 THEMUSEUM in downtown Kitchener is seen on Friday, Feb. 28, 2014.
KITCHENER -

The show is a tribute to The Rolling Stones, featuring memorabilia from their nearly 60 year history.

According to THEMUSEUM, it will include a replica of their recording studio, a realistic reconstruction of the band's Chelsea flat called 'Edith Grove,' and a "mind-blowing three-dimensional experience of an iconic Stones moment."

They also say there will be more than 300 original objects from the band's personal collection, instruments, audio and video footage, personal diaries, costumes, posters and album covers.

A second exhibit, featuring the artwork of Ronnie Wood, has already opened at 95 King Street South.

This is the only Canadian stop for UNZIPPED after engagements in London, Australia and Asia.

The @RollingStones | UNZIPPED #DeliveredByDhl opens at THEMUSEUM on Nov 30!

Why should you see this blockbuster exhibition coming to KW?@MickJagger lets you know exactly what’s in store as you step through our building that has been transformed >> https://t.co/kg3dta9UoD pic.twitter.com/lfCITnIopM

On Nov. 9, Region of Waterloo council approved an extra $100,000 grant requested by THEMUSEUM to help market the show.

At that time, CEO David Marskell said 60% of tickets purchased were from people outside the region and the additional funding would help THEMUSEUM with marketing in other cities including Toronto and Ottawa.

"We're seeing a fairly high percentage of ticket sales coming out of Quebec," he said on Nov. 9. "About 8% of ticket sales, and that again bodes well for hotel rooms and restaurants and so on."

Regional staff recommended against the extra funding until an operations review had been completed. Council initially deferred their decision but then approved the motion on Nov. 9.

UNZIPPED runs until the end of February.

Nobel prize in medicine awarded for research on evolution

This year's Nobel Prize in physiology or medicine has been awarded to Swedish scientist Svante Paabo for his discoveries on human evolution.

The British government on Monday dropped plans to cut income tax for top earners, part of a package of unfunded cuts unveiled only days ago that sparked turmoil on financial markets and sent the pound to record lows.