Crowds gathered to watch him work, shooting scenes on Main Street and Water Street in Galt.

Longing is a remake of an Israeli film, about a man, played by Richard Gere, who goes searching for his long lost son in Canada.

When Tharyn Schwartzentruber, the owner of EVO Kitchen & Bar on Water Street, spotted the commotion, she walked down to take watch as they shot a scene.

“It was literally just him walking with an extra but it kept getting ruined because all the traffic. So it was funny. He kept laughing about it,” She said.

A post shared by EVO Kitchen and Bar (@evokitchenandbar)

The Pretty Woman star was filming a scene on Water Street out-front of Lola Pizza at the time.

At one point, he mentioned to the owners of the Pizza joint that it smelled delicious.

“He said ‘can you make me some food?’ I said yes,” Lola Pizza Owner Hischim Ishaksay told CTV News.

Hischim’s wife and co-owner Sidiqa Ishaksay offered Gere a drink with his food. Gere replied that he drinks tea and so Hischim made him a traditional Afghan tea which the two enjoyed together.

“He was a nice gentleman, I loved it.” Hischim said.

Many videos and photos have been posted online, by people fascinated by the famous actor.

“He was actually really smiley, and kind and like he was hugging the Lola guy, like he really seemed really personable and really nice,” Schwartzentruber added.

Christine Holburn, an employee at the Cambridge Idea Exchange, next door to Lola Pizza, said she and others watched through the library windows as Gere shot scenes in different parts of the neighbourhood.

At one point, Holburn went outside to get a closer look.

“I did ask if I could meet him and the young lady that was kind of like security was like, 'no he's working right now,' but she was very nice.”

“We got really close,” she added with a smile.

The Longing crew will return to Waterloo region next week. Gere is set to film scenes on Halloween day, in downtown Kitchener. 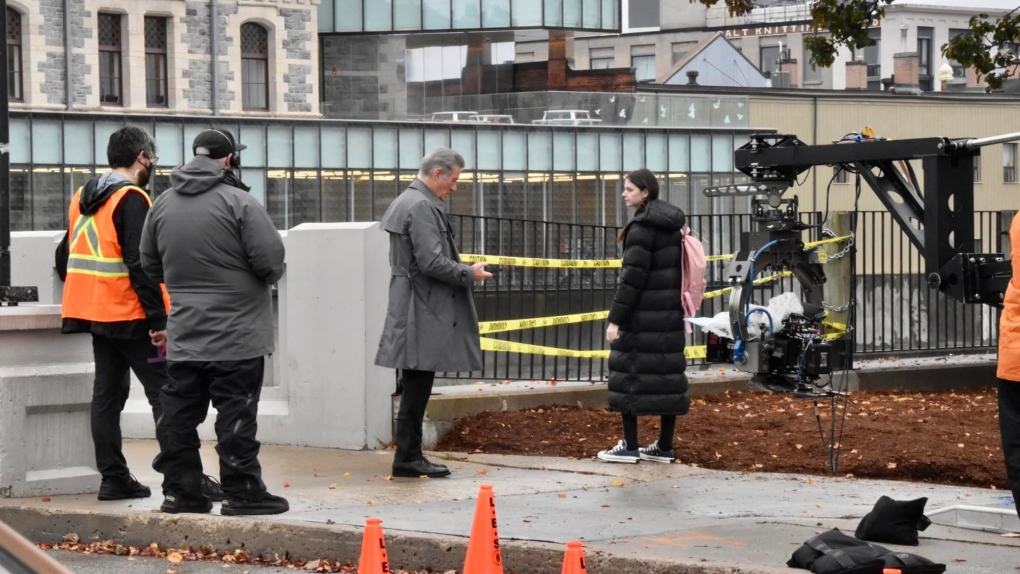 Richard Gere stands on the sidewalk in Cambridge. (Carlos Simoes/Facebook)

The City of Cambridge is proving to be a hub for the film industry.

2022 is on track to break the record for the most shoots Cambridge has ever hosted in a single year.

“So far to date, in 10 months, we've had 51 days of filming,” Cambridge Director of Economic Development, James Goodram explained.

One reason, beyond the beauty of the historic core, might be because the municipality does not charge permit fees, they only request that expenses are covered.

“Such as if they need a paid duty officer or if we have to close the road and have staff on hand, we do a direct charging for that,” Goodram said.

China: Balloon over U.S. skies is for research, wind pushed it

China said Friday that a balloon spotted over American airspace was used for weather research and was blown off course, despite U.S. suspicion it was spying. The discovery further strained already tense relations between Beijing and Washington.

Ukraine unveiled a criminal case on Friday against the boss of Russia's Wagner mercenary company, and promised to track down and prosecute the company's fighters who try to flee abroad.