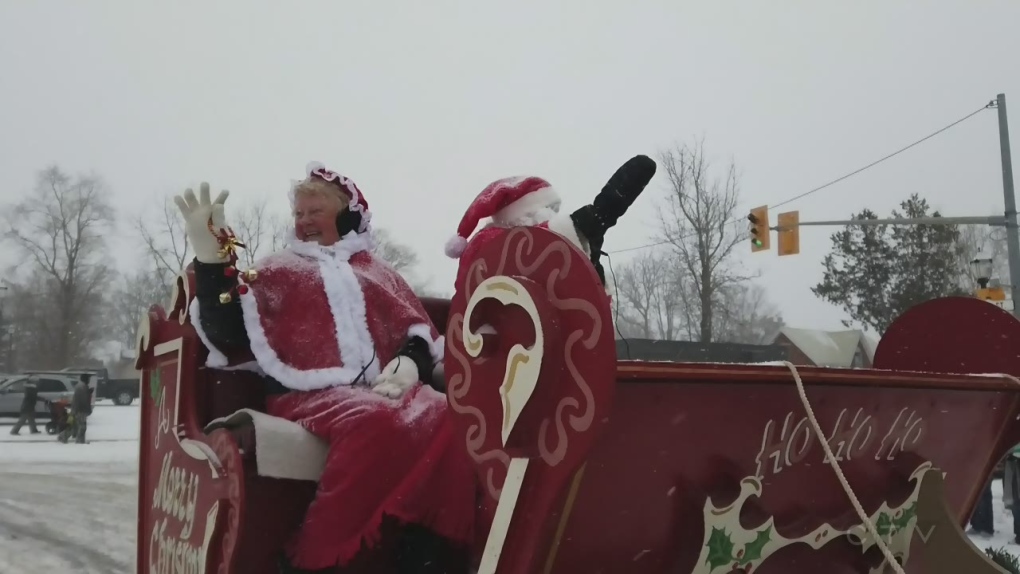 KITCHENER -- The COVID-19 pandemic has thrown many of our traditions into question this year, but there is still some good news: Santa Claus is still coming to town.

In a news release, the Lions Club of Kitchener announced it would be holding "Reverse" Santa Claus parades this year in Kitchener and in Waterloo.

“We just couldn’t let our kids down – Santa is coming to town!” said Lions Club member Dr. Jack Bishop in the release.

Rather than have crowds gather along a parade route to watch it go by as usual, this year the parades will be stationary. Spectators can instead drive by the floats with the option of listening to Christmas music on their radio stations.

The Reverse Santa Claus parade in Kitchener will be set up in the Kitchener Memorial Auditorium's north parking lot off of Ottawa Street North.

Waterloo's reverse parade will happen a week later on Nov. 21 at the Grey Silo Golf Course parking lot next to RIM Park.

From 10 a.m. until noon, you can enter off University Avenue and onsite volunteers will direct you to your destination.

The Knights of Columbus and the Waterloo Fire Department will be collecting toys for the Christmas Toy Drive and food for the Waterloo Region Food Bank.

Canada Post will also be there to accept letters to Santa.