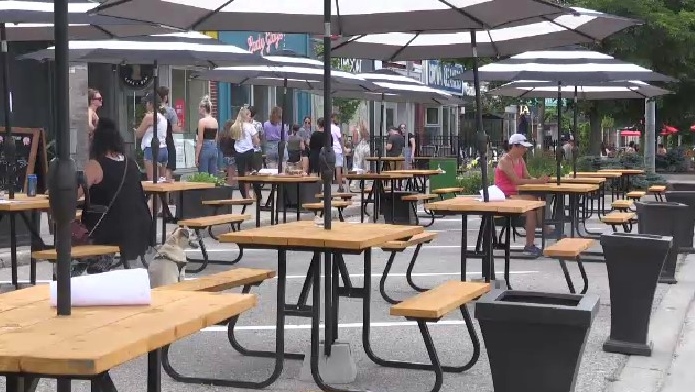 KITCHENER -- Patio season is mostly wrapped up for 2020, but officials at the Region of Waterloo say restaurant owners should start preparing now for a busy season next year.

At an Economic Development Committee meeting on Thursday, officials announced that the province plans to keep the streamlined approval process for patio liquor licences in place for 2021.

The process was brought in to make things easier for the struggling industry during the pandemic.

"We are hearing that there will be some demand for an early spring, so we're working on ensuring agreements are in place, patio guidelines are updated and that we're ready in the new year," said Ryan Mounsey, economic development supervisor for Waterloo Region.

Last summer, 150 patios were approved through the new streamlined process. Many of them had temporary or expanded areas to allow for proper physical distancing.