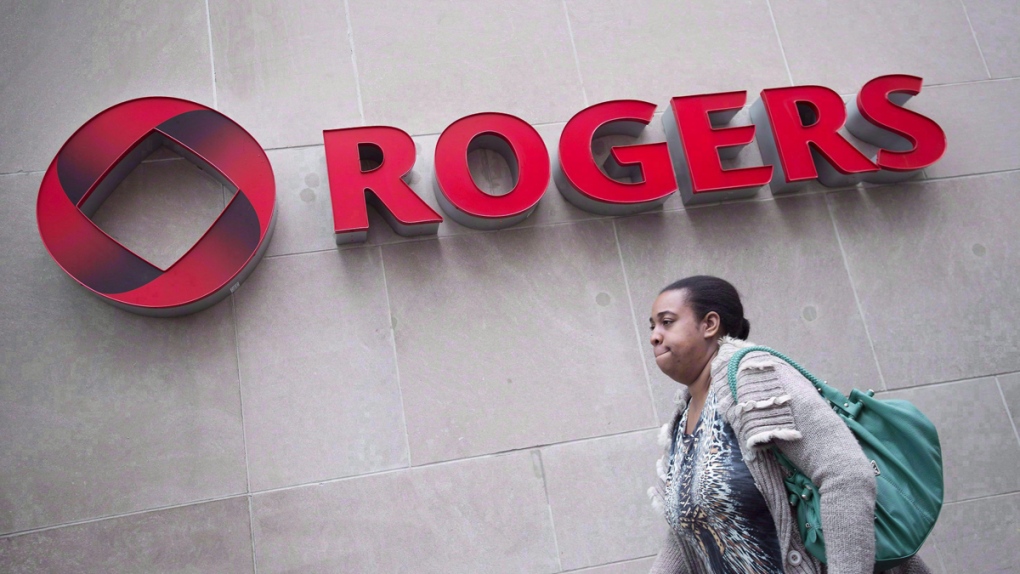 A pedestrian walks past the Rogers Building, in Toronto, on April 22, 2014. (THE CANADIAN PRESS / Darren Calabrese)

The chief executive of Rogers Communications Inc. said Tuesday that a major change in wireless billing strategy is surpassing internal expectations, while analysts are split on the company's second-quarter results.

Rogers began selling wireless plans that don't charge overage fees on June 13, a move since followed by Telus and Bell, which own Canada's other national mobile phone services.

"While it is still early days, the response has been overwhelmingly positive," Rogers CEO Joe Natale told analysts Tuesday on a second-quarter conference call.

There are already 365,000 subscribers on the new plans, he said, two-thirds of whom chose higher-priced monthly plans than they had previously, and one-third of whom opted for lower-priced plans.

Natale said that Rogers management had initially expected the opposite.

"And so we were quite pleasantly surprised to see the inverse happening," Natale said.

With only six weeks of experience, he said, it's too soon to say what proportion of converts to the unlimited plans will opt to upgrade rather than downgrade but the conditions are favourable.

Overall, analysts said the Rogers wireless business had a soft quarter -- although opinions varied about whether subscriber additions were disappointing or better than anticipated given that a general slowdown has been expected.

Net additions to Rogers post-paid wireless services were down sharply from the same period of 2018. The company added 77,000 postpaid subscribers, compared with 122,000 a year earlier during an especially strong period.

Analyst Drew McReynolds of RBC Dominion Securities wrote in a note to clients the postpaid net additions were better than RBC's estimate of 67,000 and wireless margins at 50.3 per cent were above the estimate of 49.5 per cent.

By contrast, Aravinda Galappatthige of Canaccord Genuity said the 77,000 additions fell short of his estimate of 95,000 and the consensus estimate of 89,000 net postpaid additions.

But Galappatthige also noted that the wireless division's EBITDA (earnings before taxes and other items) was "robust" at $1.13 billion and "nicely above" his estimate of $1.119 billion and consensus of $1.120 billion.

The Toronto-based wireless, internet, cable and media company says its revenue for the three months totalled $3.78 billion, up one per cent from $3.76 billion a year earlier.

After adjustments, the diluted profit was equal to $1.16 per share.

Analysts had estimated $1.17 per share of adjusted earnings with $3.87 billion of revenue, according to the financial markets data firm Refinitiv.

The company's second quarter profit was $591 million, up 10 per cent from the comparable period last year.

Rogers, Telus and Bell have also recently introduced new financing options that allow customers to spread the cost of new devices over several years. Last week, the Canadian Radio-television and Telecommunications Commission said it would investigate the deals to determine if they comply with an industry code of conduct that limits mandatory contract terms.

The wireless code requires carriers to limit service contracts to 24 months or less in length and there have been questions about whether device financing plans over a longer term would be acceptable to the regulator.

CTV Kitchener is a division of Bell Media.