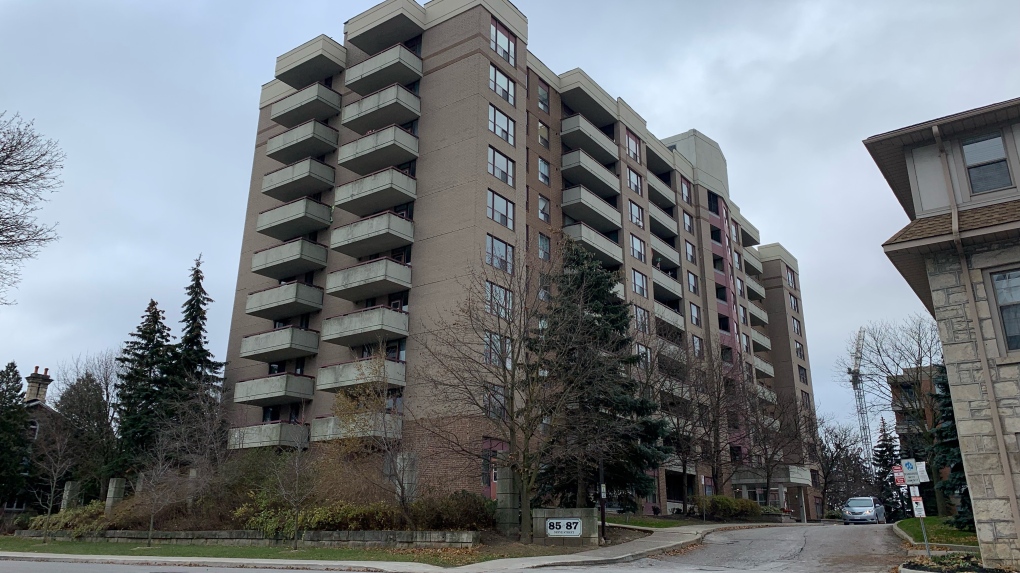 A Guelph apartment building was evacuated Thursday due to a fire. (Krista Sharpe / CTV KItchener)
GUELPH -

Residents at a Guelph apartment building were forced to evacuate Thursday morning after a fire started in a ninth floor unit.

The Guelph Fire Department says the fire at 87 Neeve Street began around 9 a.m.

When they arrived, residents had already evacuated and firefighters could see black smoke coming from a ninth floor balcony on the west side of the building.

No injuries were reported as the fire was quickly extinguished.

Residents on the ninth floor were displaced from their homes for a period of time, according to officials.

They add that they couldn't confirm how many people were living in the affected apartment, but said the unit suffered extensive damage and has been deemed unlivable. The rest of the building was left intact.

An investigation is ongoing to determine a cause and cost of damages.