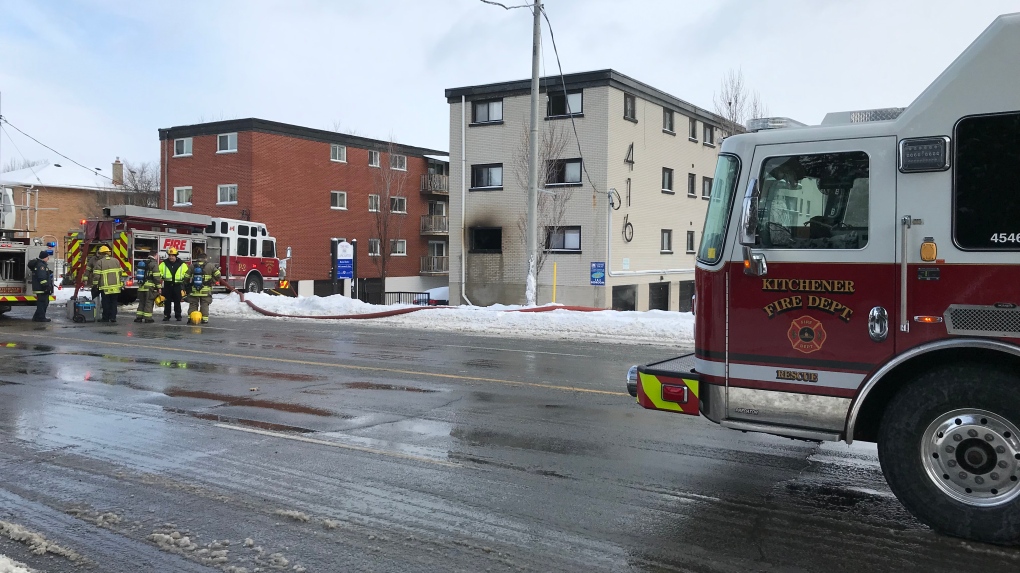 KITCHENER -- A fire at an apartment building closed off part of a major Kitchener street.

First responders were called to a fire at 416 Lancaster Street West around 11:30 a.m. on Sunday.

Residents were forced out into the cold as they evacuated, but kept warm on a GRT bus that soon arrived.

One resident says her and her two young sons were forced to run out barefoot when they heard a big explosion.

“Someone was screaming for everyone to get out, so we came out and smoke was everywhere,” she said. “We just grabbed everything. I didn’t even get a coat. The boys are in blankets half-dressed.”

She adds that a man stopped by and let them sit in his car for 20 minutes before the bus arrived.

One pet owner in the building says she had to wait for fire crews to finish ventilating the building before she could go get her dog.

“She’s my baby,” the owner said. “I’m just so upset right now. I just want to make sure she’s okay.”

Officials say they are still investigating what started the fire.

“We have no cause determination right now so we need to go inside and look once we have the building cleared up,” said Willett.

The investigation is ongoing. The platoon chief hopes that most residents will be able to return to their apartments later in the night.