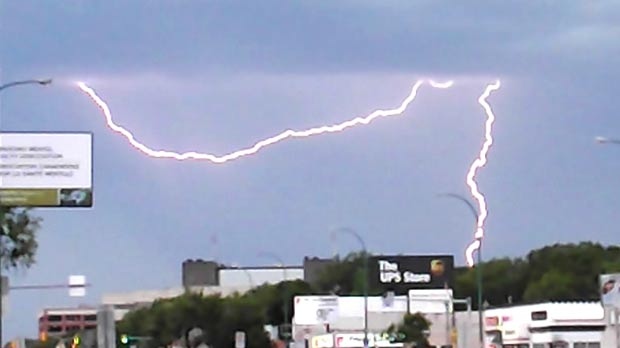 WATERLOO -- A 49-year-old Norfolk County resident was struck by lightning while cleaning their gutters and refused medical treatment when paramedics showed up, according to OPP.

Police first responded to the St. Williams address around 7:30 a.m. on Saturday.

It was determined by OPP that the resident was cleaning the gutters on their home when they were struck by lightning.

When officers and paramedics arrived on scene and found the person, they reportedly refused medical treatment.

Tips for saying safe during a lightning storm

Norfolk County OPP are reminding anyone who is caught outdoors during a lightning storm to take immediate cover.

They say six to ten people are killed every year by lightning in Canada, while 150-160 are injured.

It’s advised that anyone outside who hears thunder should immediately go to a well-constructed building or a fully-enclosed metal top vehicle.

People should not run under a tree or any structure that is not grounded, like a covered picnic shelter, carport, tent, or baseball dugout.

Since lightning tends to strike higher ground, anyone caught outside should find low-lying areas, but be aware of possible flooding.

Those stuck in an open area, such as a soccer pitch or other venue, should spread out, crouch down on the balls of their feet, with their feet pushed together, and have their arms around their knees and bent forward.

This is in an attempt to be the smallest size possible and minimize contact with the ground.